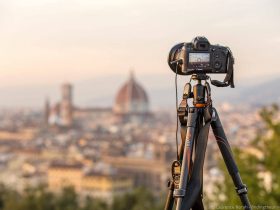 The Best Travel Tripods in 2022

The Sony Alpha 7R II has been causing quite a stir ever since it was launched, and that is for all the best reasons. Sony always tries to dazzle their supporters with upgrades and great specs and they have really been outdoing it with their A7 series, but with the A7R II it is different. They have moved on from making basic improvements and upgrades on their previous models and really created an all new camera combining the best of the previous models.

This camera has a mirrorless, yes MIRRORLESS, camera lens that is packed with the best and cutting edge parts. It also has a couple of amazing tricks up its sleeve. It is true that fancy specs are written for the world to see to mesmerize people into buying the products, but with this camera, it might just be an honest description of the A7R II because it absolutely delivers. 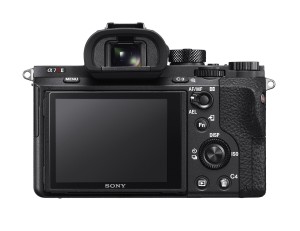 With the previous A7 series models that Sony launched, they made some compromise out of making their cameras frame mirrorless. The A7S II has great sensitivity, but it has a low resolution, the A7 II was built with a fast autofocus system but it didn’t give the best of the photo quality, the A7R provides images with a sharp quality but it has a slow autofocus system. But with their latest A7 series model, Sony combined the forces of all of their best technology.

With its 42 megapixels sensor, the Sony A7R II does not really claim to have the highest resolution, although it still stands out of the crowd. It is compact with a great and comfortable design, an excellent photo quality and it also records great videos.

The Design and Features 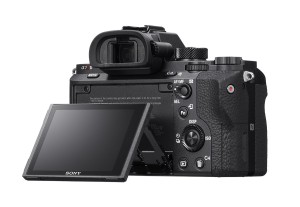 The A7R II has a body that is made of magnesium alloy. It also has a dust and moisture resistant features. It looks similar to the original A7R and to the A7 Mark II, but Sony made a few changes to its design and the layout of the camera’s controls. On the front of the camera, you will see the Sony E-mount and there are specifically 13 full frame lenses that you can choose from. Third party E-mount lenses are also available.

On the rear part of the camera, you will see a three inch tilting LCD. It has a 1, 229K-dot resolution, you will not have any problem looking directly into the sunlight using it. On the right side of the monitor, you will see a Custom 3 or an Enlarge key placed there along with a jog wheel, an Auto Exposure Lock or an AEL button and an autofocus or a manual focus lever. At the center of the OK button, you will also see a control wheel. By pressing the edges of the wheel, you will be able to access the ISO options, the display and the self-timer or the burst features.

The NFC tag and the slot for the SD card are found on the right side of the camera. There is this button that is difficult to feel and reach; it has been incorporated to other A7 models before. It is a small red dot video button that is at the edge of the camera, and you can use it to designate custom keys for this function to make it easier to use for you.

The left side of the A7R II has two compartments that are divided HDMI, headphone, USB port and for mic inputs. At the bottom part, you will find the battery compartment. You can take 290 shots with the power pack that is supplied with the camera so if you are planning on taking pictures all day long, you better have a spare with you.

The camera is incorporated with the very first full frame BSI CMOS sensor. Why are BSI sensors important? That is because with BSI sensors, your camera becomes more sensitive in low light conditions, the structure would also allow for a much faster readout speed that is needed to support your videos and stills at a high frame rate. The BSI technology of this camera enabled 42.4 megapixels on the sensor and an ISO sensitivity that is up to 102400.

Although this might not be the fastest camera that we have today, the performance that it gives it still consistently good. It roughly has the same speed as that of the A7 II. It would take about 1.5 seconds to turn it on, to focus and take a shot.

Tony Northrup did an in-depth video review. He took some amazing shots so check it out:

Sony really outdid their last creation with the Sony A7R II. Let us check out some of the upgrades you get with the new model. The A7R only has 36 MP full frame sensor, and it was not equipped with the Electronic First Curtain Shutter and Silent Shutter that the A7R II has.

When it comes to the design, the newer model looks tougher and more professional because of the speckled paint finish on its magnesium alloy body. It is also more compact and is more portable. Who wouldn’t be impressed with the 42.4 MP backside illuminated and full frame sensor of the A7R II, it is, after all, the very first in the world. Additionally, the efficient design of the A7R II’s circuit allows for a sensor output data that is 3.5 times faster than its predecessor, the A7R.

Both of the cameras have the same range when it comes to their ISO sensitivity, but because A7R II is built with a sophisticated IS system, it can shoot significantly better images in low light situations. With the use of an advanced motion-detection algorithm, Sony improved A7R’s 4 frames per second rate to 5 frames per second continuous shooting with tracking AF on their latest brew. They also incorporated a hybrid system which utilizes 399 phase detection points as well as 25 contrast detection points on the A7R II. What’s more is that the newer model delivers a focusing response which is 40% faster than the one before it.

The upgrades that Sony has made in just a short span between the two models are truly impressive, they did a great work building on and improving the A7R which was already a fantastic camera. When comparing the two cameras, it is apparent that the A7R II is stronger and better in a lot of critical areas, from the design to the image quality, ISO, frame rate, shooting rate, in the overall performance and other features. The Sony A7R II appears to be the superstar of cameras as of now.