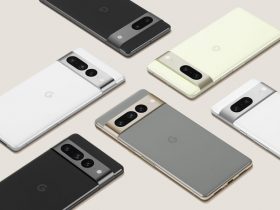 Apple’s pricing is causing quite a stir in Germany, but the iPad 2022 has even more to offer. The manufacturer does not reveal everything on its own website. For example, the question about the size of the RAM has remained unanswered so far. But this secret of the 10th generation iPad has now been revealed.

The information is hidden in the “Release Candidate” of Xcode 14.1 – Apple’s development environment. According to it, the 10th generation iPad has 4 GB of RAM (source: MacRumors). In contrast, the predecessor, which is still available but has increased in price, still has to make do with 3 GB of RAM. Customers of the new tablet model will thus benefit from another noticeable improvement.

Apple usually does not reveal this so openly. Those who look for this information on Apple’s website will be disappointed. The manufacturer traditionally withholds this information. Only in the M-chip models – iPad Pro and Macs – does Apple openly inform about the size of the working memory.

The new iPad 2022 also adopts the current iPad design without a home button, but has to do without the power of an M-chip. Instead, an Apple A14 Bionic is at work inside – known from the iPhone 12 and the older fourth-generation iPad Air. However, the price of just under 580 Euros is anything but cheap, according to the unanimous opinion of European customers. The bad euro exchange rate just continues to cause higher costs on the German and European Apple market.

By the way: Not only the new iPad gets more RAM. The new Apple TV 4K now also has 4 GB of RAM and not just 3 GB as before. The small set-top box is even ahead of the iPad 2022 in terms of chips. Apple installs the more modern A15 Bionic right away.