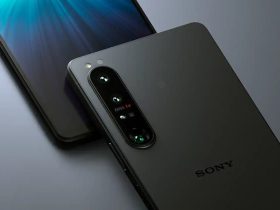 Sony Xperia 1 IV fails: There has rarely been such a bad result

Toyota is late with its e-cars. However, the second model in the electric bZ series is to be launched this year. It could become a real alternative for Tesla fans. But German customers face a problem.

Toyota challenges Tesla: This electric car is a declaration of war

Toyota plans to bring out a new e-car this year that should impress with an attractive price. An electric sedan is planned in collaboration with Chinese manufacturer BYD, which plans to conquer the German market soon with its own electric cars. However, this does not look likely for Toyota’s bZ3.

Production and sales of the e-sedan from Toyota’s beyond-Zero (bZ) range are scheduled to begin in China before the end of 2022 (source: IT-Times). The model is a step in the cooperation between the traditional Japanese company and the much younger group from China, which is increasingly relying on the automotive business – with success. BYD’s Model Han is considered serious competition for Tesla’s Model S and will also be offered in Germany at the end of October.

Toyota’s bZ3, on the other hand, could attack Tesla from the other direction: The sedan is to be somewhat larger than well-known Corolla and is thus likely to compete directly with Tesla’s Model 3. The Americans are being put under pressure with a price tag: Toyota wants to charge 200,000 yuan in China. Converted, that would currently be just under 29,000 euros.

Tesla’s price in China rose to the equivalent of around 38,000 euros at the beginning of the year. However, according to initial leaks, Toyota will not match Tesla in terms of performance. It is not yet clear what the range will be like. Since the bZ3 will be based on the e-TNGA platform like the bZ4X, which is already available in Germany, up to 513 km should not be a problem like in the SUV.

The cooperation between BYD and Toyota could have a positive effect here. The Chinese are said to be responsible for the electric motor and the battery in the bZ3. Further details are scarce so far. The catch for German buyers: The bZ3 will only be offered in China for the time being. It is unclear if or when it will come to Germany.