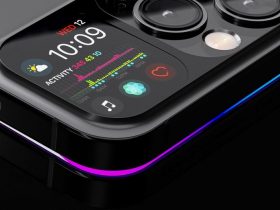 iPhone Galaxy Z Flip: What if Apple were to copy Samsung?

The e-car market is not standing still. New manufacturers are taking off, and many brands from the old guard are getting moving. For customers willing to buy, this means that there are plenty of new models – which usually means that carmakers are outdoing each other with new top values and promises. But one German manufacturer is now taking a different approach.

Only the best of the best: New e-cars want to deliver properly

Anyone who wants to buy a new car – or more or less any product – is literally inundated with promises from manufacturers. After all, the car must always be available at the best price, offer the best performance or, in short, be the best of the best. Otherwise, customers will move on and buy elsewhere. So superlatives are needed: faster, further, higher, bigger, better – that’s the credo of carmakers, too.

The latest new products and announcements are no exception: XPeng, a manufacturer already well-known in China, recently presented what it claims is the world’s fastest-charging e-car. The G9 is said to deliver unrivaled performance at the company’s own fast-charging stations. Within five minutes, it can charge enough electricity for a range of 200 km. In return, the fast charging station supplies the G9 SUV with a charging power of up to 480 kW.

Volvo has a completely different focus. The Swedish brand has made the name for its new electric flagship official: The EX90 is to be a luxury SUV that aims to impress above all with its advanced safety technology. To this end, the Swedes are installing cameras, radar and LiDAR sensors that are supposed to monitor the vehicle’s surroundings in real-time – even at highway speeds.

However, Volvo is by no means the only company to use such technology. It remains to be seen whether the Swedes will be able to maintain their high standards and focus on safety compared to the competition.

Size matters: BMW no longer wants to be in the mix when it comes to range

BMW, however, is no longer taking part in the superlatives. At least in terms of range, the Bavarians already see the end of the road. Instead of concentrating on getting more than 1,000 km out of one battery charge, BMW wants to focus on strong fast-charging performance in its “New Class” e-cars. Longer ranges are considered unnecessary. However, it will be some time before the New Class can be seen on the roads. The first models under the slogan are to be launched on the market from 2025.

Whether the decision against ever more range is the right one remains to be seen. A current study commissioned by Kia provides an argument that is not necessarily in favor of it. It is intended to determine what really matters to customers when it comes to e-cars. A long range is right at the top of the list.