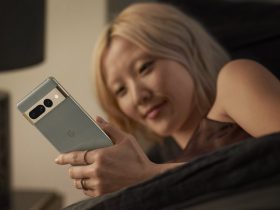 Pixel 7 (Pro) unveiled: Google refines the phones in many places

Xiaomi is a jack-of-all-trades: a heavyweight in the smartphone business, Xiaomi offers practically everything in electronics that customers can imagine, from refrigerators to vacuum robots. That’s not all, Xiaomi has big plans with electric cars. The latest statements by the company’s CEO are nothing less than a genuine challenge to VW and Tesla.

Xiaomi boss: We have to be among the top 5 in the world for e-cars.

Xiaomi’s plans for its own e-car have been known for some time. In the meantime, however, they have apparently come a long way from the mere testing phase. A prototype for the first electric model of the China manufacturer known primarily for its smartphones is said to have already been completed. The go-ahead could come as early as 2024, after Xiaomi officially announced in 2021 that it wanted to try its hand at the e-car market.

From the initial market analyses and the investments, the company has apparently come a long way in the meantime, at least in terms of self-confidence. The company founder and CEO of Xiaomi, Lei Jun, now makes this abundantly clear

I am convinced that the world’s top 5 brands will cover 80 percent of the market once the electric car industry comes of age. In other words, for us, the only way to succeed is to be one of the top 5 and deliver over 10 million cars annually,” Lei Jun explains via Twitter.

The latest overview of the international market for e-cars reveals to whom this announcement is directed. The world’s number one is Tesla, followed by Volkswagen in second place. The first Chinese brand lands in third place with BYD. It is followed by General Motors, and the top 5 is completed by the Stellantis Group:

So the Xiaomi boss isn’t exactly stacking the deck low with this announcement. On the way up, VW and front-runner Tesla must be the target for the China manufacturer. First, however, others from the top 5 would have to make room on the way up. Lei Jun is certain: “The competition will be brutal.”

After all, the other manufacturers also want to grow. With BYD, a relative newcomer from China is already far ahead. The other places are not filled with unknowns either. Xiaomi has set its sights on a thick board that will have to be drilled over the next few years.