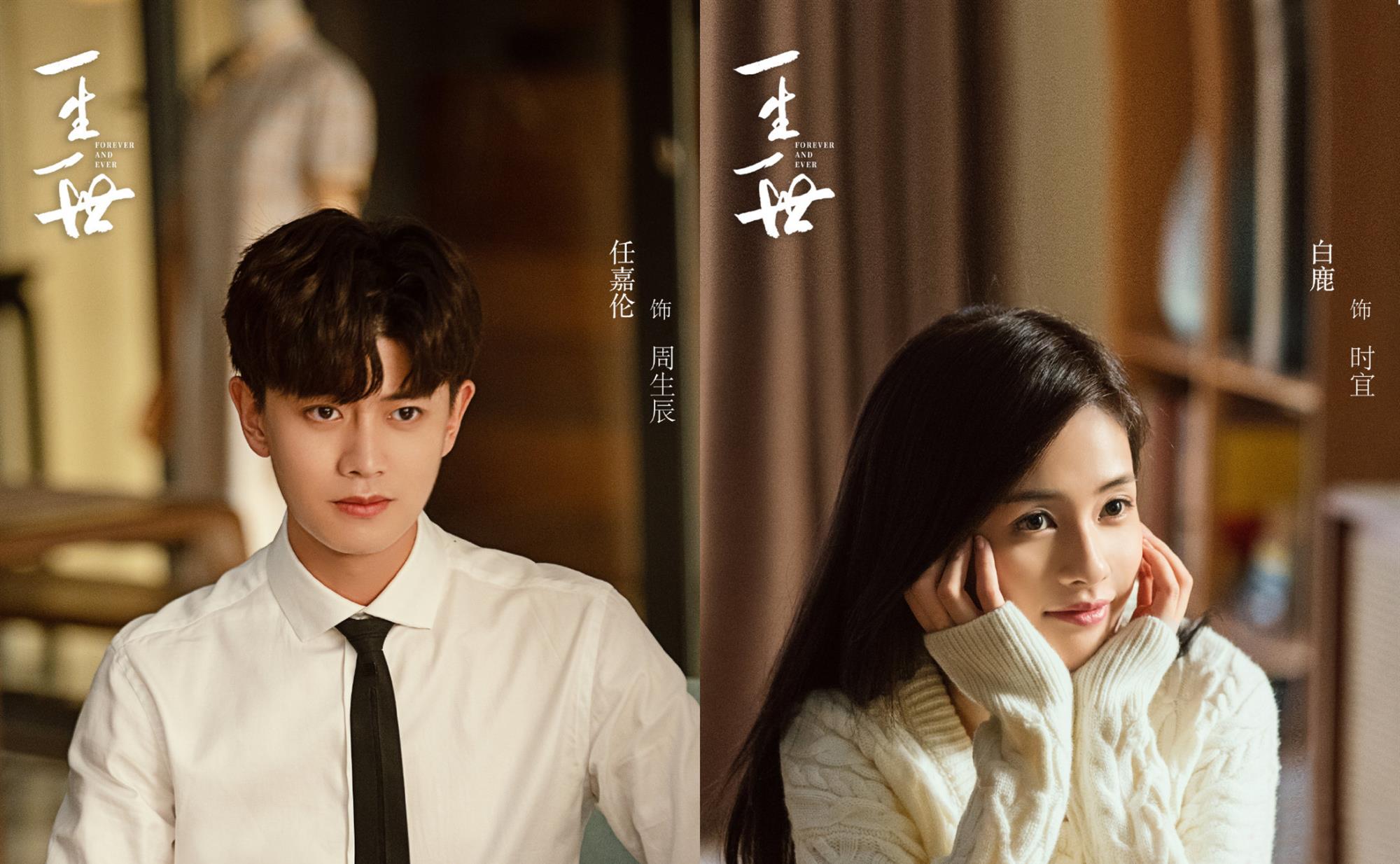 Best lists are imperfect per se, but they are an excellent source of inspiration. The personal favorites listed here should therefore be understood as a supplement to your own favorite films.

Julien Duvivier’s classic of poetic realism transports us to the magical alleys of the Kasbah, the labyrinthine old city of Algiers. In this exotic milieu, gangster film and romance culminate in a melancholy melange full of half-silly villains, beautiful women, informers, and gendarmes. In the middle of it all: The stunning Jean Gabin as the titular criminal Pépé, who love drives to his doom. The atmospheric settings and the moving finale are also memorable.

Based on a true incident, They Won’t Forget unleashes a stirring justice drama: when a promiscuous schoolgirl (legendary: debutante Lana Turner in a tight top) is murdered, bigoted small-town residents and the ambitious district attorney pounce on an innocent suspect. Mervyn LeRoy’s film is brilliantly acted and consistently suspenseful; it has a successful character sketch and formulates a forceful plea for rule-of-law principles.

In contrast to older gangster films such as The Public Enemy (1931), Raoul Walsh’s classic, released in 1939, approached the Prohibition era with a temporal distance and therefore deliberately chose a retrospective perspective: with newsreel-like inserts, The Roaring Twenties creates an atmospheric picture of the times and illustrates the social circumstances of the era. Yet Walsh’s work never feels like a documentary – the plot is told at a brisk pace and enlivened by two outstanding actors. James Cagney and Humphrey Bogart harmonize superbly.

The 79-minute crime thriller does not even try to disguise its theatrical origins – Archie Mayo stages the hostage drama as a chamber play over long stretches. The spatial confinement keeps the tension high, while the poetic fatalism of the hero, who confronts the materialistic gangsters with a beautiful spirit, serves as a counterpoint. In addition, The Petrified Forest relies on a great cast: Leslie Howard and the young Bette Davis are just as convincing as Humphrey Bogart as the antagonist, who was not yet established as a star at the time.

The crime comedy The Thin Man launched a six-part series about a rich married couple who are kept from getting well-groomed by the solving of a convoluted crime. Although the film works well as a whodunit, the focus is clearly on the snarky exchanges between the two married couples: W.S. Van Dyke relies entirely on the dazzling chemistry of the two leads, William Powell and Myrna Loy, setting a tremendous pace and firing off witty dialogue every second.

On the eve of World War II, The Grand Illusion was banned not only in Germany but also in France – with its forceful plea against nationalism and classism, Renoir’s classic endangered the morale of soldiers. Free of resentment, the auteur filmmaker advocates international understanding and peace: no nation, but war itself serves as the antagonist of the film, which has retained a timeless validity with its universal message.

Jungle in the Storm offers an excellent example of the films of the pre-Code era: two years before the Hays Code forced Hollywood to be chaste, Victor Fleming created a melodrama explicitly aimed at consenting adults. The director stages a feverish round of desires, jealousy and sex and relocates it to the sultry jungles of Indochina. The ambiguous dialogues lead to unambiguous situations and offer a high entertainment value, the well-dressed actors around sex bomb Jean Harlow contribute to this.

Toni had a lasting influence on cinema history: Jean Renoir’s classic marks the beginning of Poetic Realism and also established Italian Neorealism in the medium term. The semi-documentary staging and the use of original locations give the film a great verisimilitude. On the foundation of the credible description of the milieu, Renoir builds a stirring melodrama that is rich in emotional climaxes despite the short running time.

Alfred Hitchcock’s crime film takes place almost exclusively on a train and draws a lot of suspense from the spatial restriction. Nevertheless, A Lady Disappears does not take its subject overly seriously and develops a light-footed guessing game. Since the plot remains mysterious for a long time and the striking supporting characters serve as uncertainty factors, Hitchcock’s British classic entertains until the finale. This is not necessarily impressive, but is compensated for by the well-performed actors.

Two brilliant masters of comedy fired up Ninotchka: Billy Wilder as screenwriter and Ernst Lubitsch as director staged the adventure of a strict communist in libertarian Paris with their characteristic charm. With high tempo and sharp-tongued dialogues, they let the differences between ideologies and genders collide. The titular protagonist proves to be a parade role for Greta Garbo, who celebrated a rebirth here and, unlike many other silent film queens, mastered the leap to talkies with flying colors.

Scarface raised the still young gangster film to a new level: Howard Hawks’ milestone captivates with its modern staging, whose speed caused just as much of a furor as the depiction of violence, which was violent by the standards of the time. The archetypal plot about the rise and fall of a gangster modeled on Al Capone also thrives on the charismatic appearance of lead actor Paul Muni, who lends the anti-hero many nuances. The gloomy image design and Hawks’ play with symbols and exaggerations round out the classic.

King Kong is one of cinema’s most famous creatures and has long been a part of pop culture – the giant ape made his first appearance in the early blockbuster of 1933. King Kong and the White Woman set standards with its animation technique and impresses with huge sets and hundreds of extras. Moreover, even 90 years after its release, it is striking how modern the dramaturgy and staging were – the classic still proves to be entertaining.

The thriller The 39 Steps is one of the highlights of Alfred Hitchcock’s British phase. Retrospectively, the film proves to be a prototype for later works such as Saboteurs and the masterpiece The Invisible Third. Once again, the Master of Suspense works on his favorite themes: He lets an unwilling hero stumble upon a conspiracy and sends him through a gripping adventure with many changes of location, chases and a good dose of humor.

The Hollywood adaptation of Erich Maria Remarque’s famous novel is convincing all along the line and represented the most elaborate anti-war film to date. Since director Lewis Milestone had worked in the photography department of the U.S. military during World War I, he was able to press the oppressive reality into film form. In addition to its sheer effort, In the West Nothing New convinces with visual compositions worth seeing, surprisingly mobile camera work and great directorial ideas.

The Sisters of Gion is one of the elementary pre-war classics of Japanese cinema and shows a society at the crossroads between tradition and modernity. Through two opposing sisters, Kenji Mizoguchi traces this conflict and creates one of his typical, hauntingly told social dramas. The director uncompromisingly reveals how patriarchal Japan shows the protagonists the limits – they find happiness neither through traditional humility nor through emancipated resistance.

M is loosely based on the deeds of serial killer Peter Kürten and depicts how the police and the underworld search for a sex offender. Although this is Fritz Lang’s first sound film, the director impressively exploits the new possibilities and uses the auditory level to expand the previous film language. Along the way, Lang creates a coherent portrait of Berlin in the early thirties and continually heightens the action until the furious Peter Lorre makes his grand entrance in the legendary finale.

Before Robert Siodmak emigrated to the United States, where he made his mark on film noir, he shot a remarkable prototype in Germany: Preliminary Investigation exhibits the typical characteristics of the current, but was made nine years before the advent of the black series. The thriller captivates with a plot full of twists and turns that thrusts the characters into moral quandaries and draws maximum suspense from them. Black-and-white expert Siodmak immerses the film world in expressive images.

The second part in Fritz Lang’s Mabuse trilogy coherently continues the story of the titular criminal genius and particularly benefits from the aura that the epic predecessor lent the antagonist. The Testament of Dr. Mabuse cleverly plays with Mabuse’s invisible power and keeps the plot mysterious for long stretches, providing suspense and building to an ingenious resolution. Lang’s commanding production makes for consistently high entertainment value.

In 1932, Carl Theodor Dreyer created one of the most remarkable vampire films in cinema history: Vampyr is clearly less strictly composed than the Dane’s other works and draws us into a magical parallel world with a surreal flood of images. With beautiful effects, the hybrid of sound and silent film builds up a fairy-tale atmosphere – Vampyr thus resembles a fever dream that can hardly be deciphered in retrospect and can be located closer to David Lynch than to Dracula.