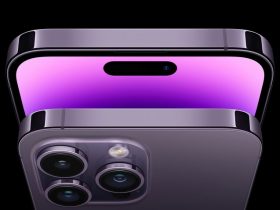 If Apple is considered the cheaper option, Google might have miscalculated a bit: Google wants $129 for a special wristband of the Pixel Watch, although Apple is already satisfied with $99 for a comparable product. Google even charges $199 for another wristband.

Google has just released its first smartwatch, the Pixel Watch. A look at the accessories reveals that the company has sometimes taken its cue from Apple when it comes to the prices of wristbands. Although accessories for the Apple Watch often cost more, Google has even surpassed Apple at least for one wristband.

Google offers its Milanaise wristband for the Pixel Watch for $129 (source: Google Store). Customers get a magnetic clasp and can choose from three colors. Apple also offers wristband in three colors, but the price is $99.

The other wristbands for the Pixel Watch are no bargains either. Google charges $199 for the stainless steel chain strap, which is available in two colors. The price only looks cheap when you look at the Apple equivalent. Apple wants $349 – that is almost as much as the Wi-Fi version of the Pixel Watch itself costs.

The simpler wristbands of the Pixel Watch are considerably cheaper. The sports wristband “Active Band”, which is available in five colors, is available for $49. The elastic or woven wristband in three colors costs $59. For the handmade leather wristband, it is $79 for both the one-color and two-color variants.