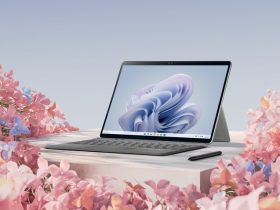 Surface Pro 9 presented: Here’s what you need to pay special attention to when buying now

Google has already launched two exciting smartphones with the Pixel 7 and Pixel 7 Pro. Now it has become known that the company is planning a third phone. This could be a mini model. Would that make sense now that Apple has withdrawn from the market?

Google Pixel 7 Mini or Pixel 7a?

Google has already released two phones this year with the Pixel 7 and Pixel 7 Pro, but could perhaps follow up again. Interesting details have been discovered in the smartphone’s source code. Accordingly, an unknown Pixel phone appears there, which supports a display with Full HD resolution and 120 Hz. The assumption that it might be a Pixel 7 Mini is quickly made.

The combination of Full HD display and 120 Hz would actually be new and would not fit to a Pixel 7a, which, like the Pixel 6a (review), is likely to work with 60 Hz again. After all, the Pixel 7 still only supports 90 Hz. Only the Pixel 7 Pro can use 120 Hz and thus achieves the smoothest display. On the other hand, a Pixel 7 Mini with 120 Hz would be worth considering, although Google will have to be very careful. Apple fell on its face with the iPhone 13 mini and did not relaunch it as the iPhone 14 mini.

But not only has a possible Pixel 7 Mini surfaced, Google is also rumored to be working on a Pixel Ultra with a 1-inch camera sensor. The Pixel 7 Pro is already the best camera smartphone in the world. Google could achieve even much better image quality with an even bigger sensor. However, both the Mini and Ultra have only appeared in the rumor mill so far. Whether they will really be built like that, we do not know. Next year, there should at least be a Pixel Fold. This would give Google a much broader position in the smartphone market.