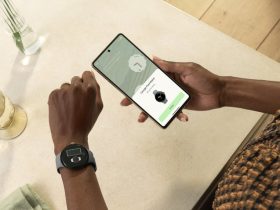 Pixel Watch presented: What the first Google smartwatch can really do

A Canadian Tesla owner describes his older Model S as a “piece of junk. The battery of the electric car has rusted, and he accuses the manufacturer of serious design flaws. He does not want to pay for the expensive repair – especially since the Tesla could not even be opened.

Tesla owner Mario Zelaya bought his e-car back in 2013. Over the course of time, he repeatedly encountered problems during his long-term test. Now he accuses the manufacturer of serious design flaws in older Model S cars. The battery in his “pile of scrap” has now also started to rust.

Zelaya has already found the reason for this. His Tesla is designed in such a way that the air conditioning system drains the condensation water through a hose onto the battery. Over time, this allowed water to collect in the battery after the battery cover had rusted through. The Canadian Ministry of Transport has also confirmed the defect. He also received support for his claim from Jason Hughes, the workshop owner known as the “Tesla hacker. This would not be an isolated case.

Since the rusting battery could not be recharged either, the owner could not even get into the vehicle at times. The doors remained locked, the power was gone (source: Mario Zelaya at TikTok). However, the problem has since been solved.

Rusting battery “the end of the Tesla journey”.

Zelaya does not want to choose a Tesla again in the future. He has reached the “end of the Tesla journey,” he says. He also recommends that other prospective buyers keep their hands off Teslas.