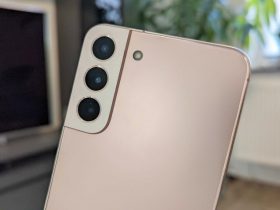 Galaxy S23: This is how much the design of Samsung’s next phone changes

Samsung will introduce the Galaxy S23, a new top phone that is supposed to be very similar to the Galaxy S22, in a few months. Samsung now wants to correct a big mistake that the company made in the current generation – at least a bit. Now another source has confirmed the larger battery.

Samsung Galaxy S23 is supposed to get a bigger battery

The battery capacity of Samsung’s top smartphones fluctuates from year to year. One year the capacity increases, which positively affects the battery life and makes customers happy. Then there are again vintages like the Galaxy S22 where the capacity inexplicably drops compared to the predecessor and the runtime accordingly as well. This in turn results in a borderline battery runtime, as we noted in the review of the Galaxy S22. The Galaxy S23 is supposed to be a step in the right direction. The battery is supposed to increase to 3,900 mAh (source: The Elec). That would be 200 mAh more than in the Galaxy S22. Another source, GalaxyClub, confirmed the larger battery.

The same should also apply to the Galaxy S23 Plus. The battery is also supposed to gain about 5 percent in capacity and increase to 4,700 mAh. As in the Galaxy S23, that would still be less than you got in the Galaxy S21 and S21 Plus, but noticeably more than in the Galaxy S22 models. On the other hand, nothing should change for the Galaxy S23 Ultra. The battery has always been 5,000 mAh in the predecessors. That is enough to achieve a very good battery runtime. However, it would mean that you would not have to worry about the battery for at least one day, especially in the normal Galaxy S23.

The new processor generation is also supposed to have a positive impact on the battery life of the Galaxy S23 smartphones. This will be much more efficient and should not get as warm and consume correspondingly less energy. The Snapdragon 8 Gen 2 will almost certainly be used, but also Samsung’s Exynos processor. Samsung does not want to completely abandon its own processor.