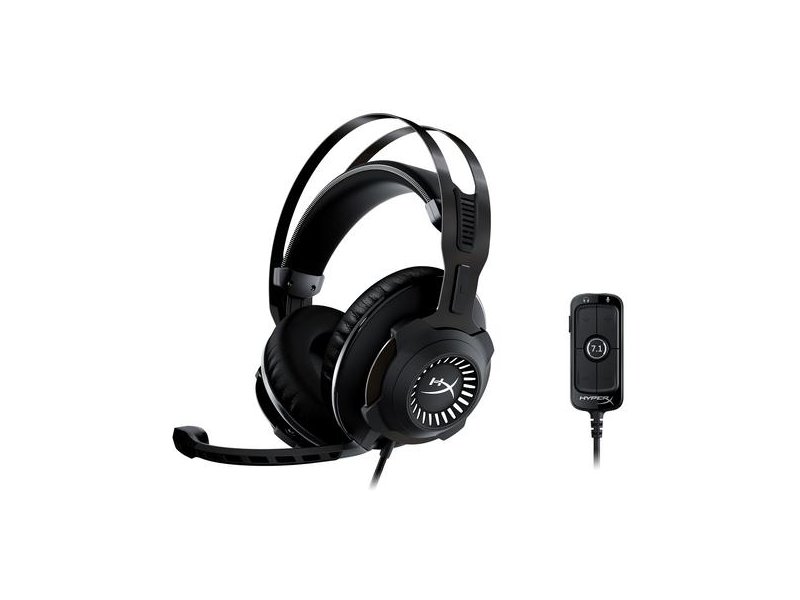 The model update with an updated controller and NAND memory once again works well for Samsung. The new Samsung 870 Evo is the fastest SATA SSD in the test field and shows partly unexpected strengths instead of weaknesses.

Although the number of M.2 SSDs with NVMe keeps increasing, there is still a market for the classic 2.5-inch form factor with the SATA interface. Samsung serves this with the new 870 Evo, which follows in the mainstream footsteps of the successful predecessors 860 Evo (review) and 850 Evo (review). 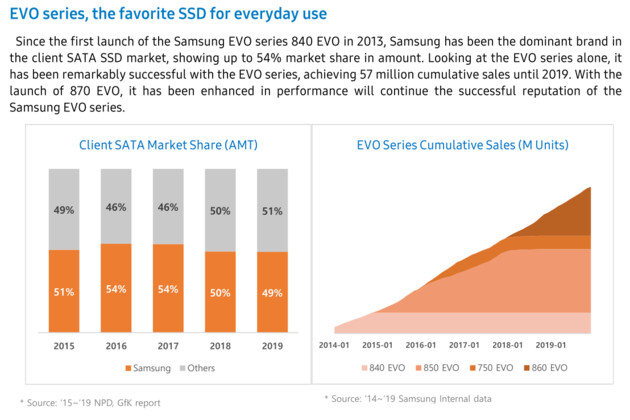 Samsung calls the 860 Evo and 850 Evo the best SATA SSDs Wirecutter Review for client PCs and refers to figures from the NPD and GfK market researchers. The fact that the SSDs are or were permanent favorites in the top 10 most sought-after SSDs in the ComputerBase price comparison underlines this.

870 EVO is the Samsung’s latest model of the world’s best-selling 1) client PC SATA SSD series, with the latest sixth-generation V-NAND technology and the new MKX controller.

While the appearance remains practically unchanged, the innovations are inside. The MJX controller of the 860 Evo is followed by the new MKX generation, which is already used in the 870 QVO (review) with QLC memory.

However, the 870 Evo again uses TLC NAND with 3 bits per memory cell. However, this now belongs to the sixth generation 3D NAND with 1xx layers (V-NAND V6). Samsung claims to have improved the performance by “at least 10 percent” compared to the previous generation with a “speed-optimized circuit design”. The read latency is put at under 45 µs and the write access is supposed to happen in less than 450 µs. At the same time, the power consumption is supposed to drop by more than 15 percent.

Cost savings in manufacturing due to a higher storage density are indicated by Samsung with an increased productivity of more than 20 percent, although the storage density does not seem very high in view of competing products.

Samsung promises nothing less than the highest performance in its class with the 870 Evo, which is thus supposed to live up to its predecessors. On paper, the differences to the 860 Evo are marginal with 10 MB/s more in sequential read/write and thus 560/530 MB/s in the peak, the interface’s limit in read has long been reached. More significant differences are said to be seen in random read, which, according to Samsung, means up to 38 percent more performance with a practical command queue of QD1 (“Queue Depth”). According to Samsung, this is noticeable in trace benchmarks like PCMark Vantage, which simulate everyday use. 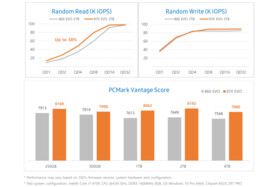 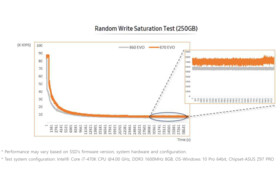 In addition, the 870 Evo is said to not drop as quickly under permanent load (“4K random writes”), there is talk of a 30% increased “sustained performance” compared to the 860 Evo, but this only applies to the comparison of the 250 GB models (see picture above).

Some users have suffered from performance drops during long-lasting workloads. The 870 EVO offers about 30% 1) better sustained performance compared to the 860 EVO, which has been proven in long-term writing tests. The 870 EVO delivers much more stable performance, so users experience consistently better performance.

At 2 TB, the SLC mode lasts twice as long.

Unchanged compared to the predecessor is the model range, which also means storage capacities of 250 GB, 500 GB, 1 TB, 2 TB and 4 TB for the 870 Evo. The write accesses are accelerated as usual via an SLC mode, which first writes the memory cells with only 1 bit before the data is then archived with 3 bits. Samsung calls the technology TurboWrite. As in the 860 Evo, this is divided into a permanently allocated and always available “default cache” and a “intelligent cache” that is dynamically linked to the available storage space.

A direct comparison with the 860 Evo shows that Samsung has doubled the intelligent SLC cache of the 2 TB model to 72 GB in the 870 Evo. However, this is not really necessary from a write speed perspective, because the 870 Evo with 1 TB, 2 TB and 4 TB are supposed to write with a full 530 MB/s even after the SLC cache. The test will confirm that the 2 TB model acts quasi equally fast in 1-bit and 3-bit mode. The two smaller variants with 250 GB and 500 GB then break down to 300 MB/s. The 860 Pro with MLC had tangible advantages here two years ago. An 870 Pro as successor is currently not in sight, the 860 Pro will be continued for now.

However, the smaller TLC SSDs also remain comparatively fast after the “cache”. The write rates after SLC mode were quite different in the QLC-SSDs of Samsung’s QVC series, which drop from over 400 MB/s write performance to under 100 MB/s after SLC mode, which quickly turns larger write processes into a test of patience. 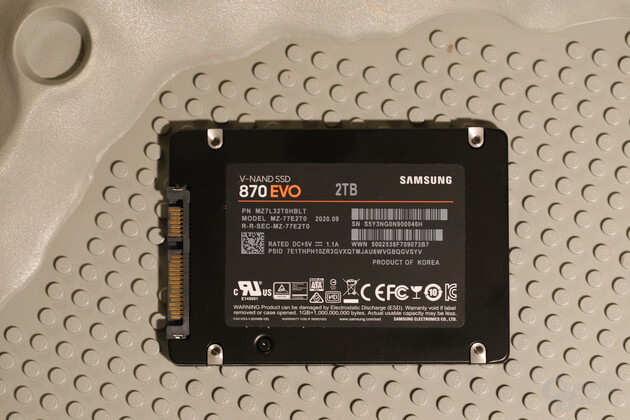 The warranty remains at five years, but expires prematurely when the write volumes (“Total Bytes Written”, TBW) named by Samsung are exceeded. The TBW of 150 to 2,400 TB are also on par with the predecessor and are significantly higher than in the 870 QVO with less durable QLC NAND.

The editors’ question whether a Samsung 870 Evo in the M.2 form factor is also to be expected was answered in the negative. Currently, no 870 Evo M.2 is planned, but the 860 Evo in M.2 format is to be continued instead.