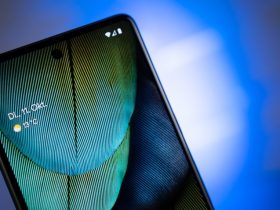 The selection of Xiaomi phones is getting bigger and bigger. Now a new model, the Redmi Note 11R, has been unveiled that has strong similarities with a Poco phone from Xiaomi. Was the label simply exchanged here?

It is no secret that many Xiaomi smartphones are very similar and only differ in looks and some technical specifications. However, Xiaomi might have made it a bit too easy for itself with the Redmi Note 11R. It is basically a Poco M4 5G that has a Redmi logo on the back instead of a Poco logo. Otherwise, the smartphones resemble each other like identical twins. However, that does not have to be a bad thing because it increases the chances that at least the Redmi phone will find its way to us.

The Redmi Note 11R from Xiaomi is a pretty interesting Android smartphone (source: Weibo). It comes with a 6.58-inch display with Full HD+ resolution of 90 Hz. The MediaTek Dimensity 700 is used as the processor, which has up to 8 GB of RAM and 128 GB of internal storage at its disposal. The latter can be expanded by up to 1 TB via microSD card. There are also two nano-SIM slots. Thus, the phone is one of the few models that can accept two SIM cards and additionally a microSD card for memory expansion at the same time. The battery measures 5,000 mAh and can be recharged quickly with 18 watts. There is a 3.5 mm jack, 5G, fingerprint sensor and a 13 MP camera.

In China, the Redmi Note 11R is on sale now and costs 1,099 yuan there, which is equivalent to $157 . It is not known whether the phone will also find its way to Europe and thus to us. However, Xiaomi seems to like the configuration, so it could very well be released under a different name. We will keep an eye on the smartphone in any case.