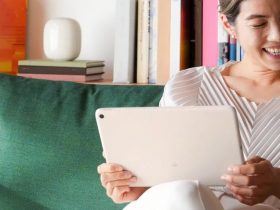 Google will probably distribute some nice features of the Pixel 7 (Pro) to the predecessor this year as well. This means that features will be added to the Pixel 6 (Pro) that, among other things, make phone calls more pleasant. Owners of even older Google phones will not be forgotten, but they will have to settle for less.

Google: Pixel 7 features for the Pixel 6

Google has just unveiled its next smartphone generation with the Pixel 7 (Pro). Just like the predecessors, a Tensor processor is used here, which at least partially allows similar features. Reason enough for Google to make a few features of the Pixel 7 (Pro) available on the Pixel 6 (Pro) as well. They should be made available via feature drop in December 2022.

New camera features like the Zoom Fusion technology will most likely be exclusive to the Pixel 7 series, but at least there is good news in the field of telephony. The “Clear Calling” feature of the Pixel 7 (Pro) should also find its way to its predecessor. Here, background noise is reduced when making calls. A ringing Pixel 6 (Pro) can also be muted when called.

Google does not yet want to reveal the status of “Face Unlock”. Previously, there had been reports that at least the Pro version of the Pixel 6 will get Google’s face to unlock.

Google smartphones without a Tensor chip will not go completely empty-handed, but the list of features distributed in the future is kept pretty short. Starting with the Pixel 4a, there is supposed to be an improved “At-a-Glance” widget, and the option to transcribe voice messages is also planned.