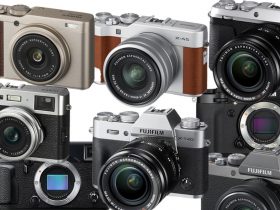 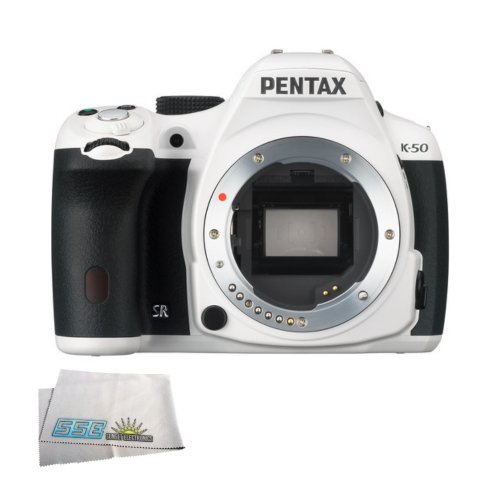 The Pentax K50 is a 16.3 megapixel APS-C CMOS sensor powered digital SLR with a PRIME M image processor, a 3” 921K-dot LCD monitor and full HD video recording capabilities at 30 fps. Pentax cameras are renowned for their weather sealing and the K50 is no different. Let’s take a dive into the spec sheet and find out more about this camera.

All Pentax cameras, except for the newly announced K-1, are built around an APS-C sensor. The K50 is built around a 16.3 megapixel APS-C CMOS sensor. The size of the images produced are 4928 x 3264 pixels. The K50 supports 12-bit RAW as well as shoot JPEGs straight out of the camera.

The K50 has an 11 AF-point auto-focusing system. There are four AF modes on the system including the mandatory manual, continuous-servo and single-servo. The fourth auto-focusing mode is the focus lock AF area mode. The camera comes set to focus priority when shooting. As you can imagine this means you will not be able to fire the shutter release before acquiring focus. You can alternatively set the focus to FPS priority that sets the system to firing more frames rather than focus accurately.

When you look through the back of the camera you are greeted by a bright pentaprism viewfinder that gives 100% frame coverage. For live-view shooting or when you want to shoot videos the 3” LCD screen is your go to option. The resolution on the LCD screen is a reasonable 921,000 dots. We have seen better in recent times. Having said that the K50 is a slightly dated model and recently launched models such as the Canon EOS 80D, the EOS 7D Mark II and the Nikon D7200 are certainly better in terms of LCD resolution.

What sets the Pentax K50 apart from the rest of the APS-C crop is the robust weather sealing. Pentax systems are known for their exceptional weather sealing properties and the K50 takes that reputation forward. The K50 which is extremely identical to the K30 that it replaced, has the same exterior proportions and build quality. Designed using polycarbonate panels that have been placed on a stainless steel chassis. There are a total of 81 weather sealing on the K50.

The K50 is a camera for small hands. It hasn’t changed much since the K30. Ergonomics are good. Overall build quality feels solid.

Continuous shooting speed is 6 fps. At that speed the buffer overruns after about 30-35 JPEGs or 8-9 RAW files. If you are shooting RAW+JPEG buffer will slow down after about 7 frames. There is a built-in intervalometer as well and that means you can use the camera for shooting time-lapses without the need for an external intervalometer.

The K50 is capable of shooting full HD videos at 30, 25 and 24 fps. There is a built-in mic. But the audio recorded is only monaural.

The Pentax K50 supports all forms of SD cards including Eye-fi cards giving it extended storage and backup options that was not available on the older K30.

Overall the Pentax K50 is a great camera to have if you are looking for an APS-C shooter for outdoors. It does gets sidelined by more modern and robust shooters like the EOS 80D, the EOS 7D Mark II and the Nikon D7200. But weather sealing is a big plus point for the K50.