The D7200 is Nikon’s small top model. The new model now has Wi-Fi onboard and a revised sensor. COMPUTER BILD’s test reveals what the best DSLRs can do.

The Nikon D7200 is one of the best SLR models with a smaller APS-C sensor. The built-in Wi-Fi receiver is practical, but the new Nikon has made the biggest leap in autofocus and image quality: The autofocus responds extremely quickly and very accurately. With the new sensor, top images are now possible in very low light. The Nikon D7200 enters regions that were previously reserved for full-frame cameras.

The D7200 is Nikon’s secret top model among SLR cameras with a smaller sensor in APS-C format (sensor size 15.6 x 23.5 millimeters, also called DX at Nikon). The housing has changed only minimally compared to the predecessor D7100 – the cover of the built-in flash now looks slightly different and the buttons for resetting the camera to default settings are now both highlighted in green.

The image processor is also new, a more powerful Expeed 4 model. This allows the D7200 to shoot up to 100 JPEG images at a time at full speed – more would probably be technically possible, but the camera stops automatically after 100 images. In the test, the D7200 managed 5.75 frames per second at full resolution in shorter series, 6 frames per second are possible in long series, and even 7 frames per second with slightly reduced resolution (4800×3200 pixels) in 1.3X mode.

The autofocus tracks the focus exactly – not all DSLR models can do that by far and even more expensive system cameras often have a hard time. Only the Canon EOS 7D Mark II and the professional models Nikon D4S and Canon EOS-1D X offer more speed with autofocus.

For RAW photos, the camera’s buffer is sufficient for up to 32 pictures at full speed – an improvement compared to the predecessor, even much more expensive DSLR models only last a bit longer in RAW mode. Those who shoot series frequently should choose a fast memory card. This ensures less waiting time between the individual series.

The new sensor has become more light-sensitive, and the camera settings can now be set to ISO 25,600, without full auto with aperture, shutter speed, or program auto, and with manual exposure settings, the range even extends to ISO 102,400 – this maximum value is then only available in black and white, though. The pictures with this extreme setting are very noisy and quite grainy (see image gallery), but in case of doubt, they are still better than no picture at all.

Below this extreme value, the images look really good: At ISO 1600, there is very little noise to be seen, even in the 100 percent view on the computer monitor. And even higher values like ISO 4000 or ISO 8000 can be used well, for example, to take photos in a sparsely lit hall or a subway station. The D7100 started to noise much earlier, not to mention compact or system cameras with a smaller sensor, such as the Panasonic GH4. 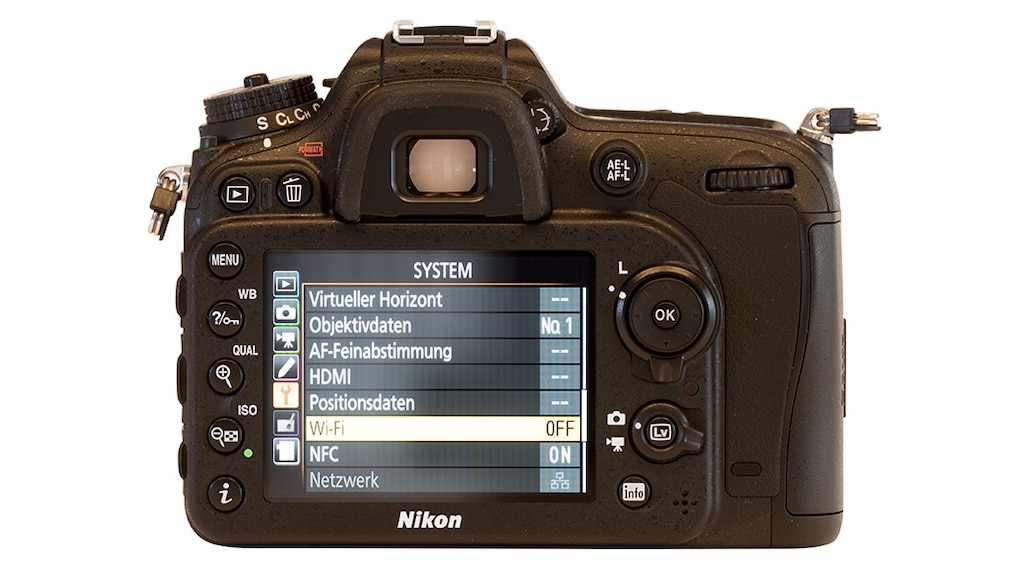 Nikon had already incorporated an autofocus metering system from its pro series during the last model change, and this is repeated now. Although there are still 51 measuring fields, the new measuring module is more sensitive to light: it works from a light value of -3 – which corresponds to about moonlight. So far, only the more expensive D750 model with a full-frame sensor (sensor size 24×35.9 millimeters) has managed this.

Compared to the professional models, the only thing you have to do without in terms of autofocus is the group autofocus, which the Nikon D810 and the Nikon D4S have, for example. In the test, the D7200 focused quickly even in low light. For example, a street lamp twenty meters away was enough to focus on a parked car at night (see image gallery). In daylight, the new autofocus reacts much faster than its predecessor: In the test, the Nikon D7200 needed only 0.17 seconds to focus and release – a top value. 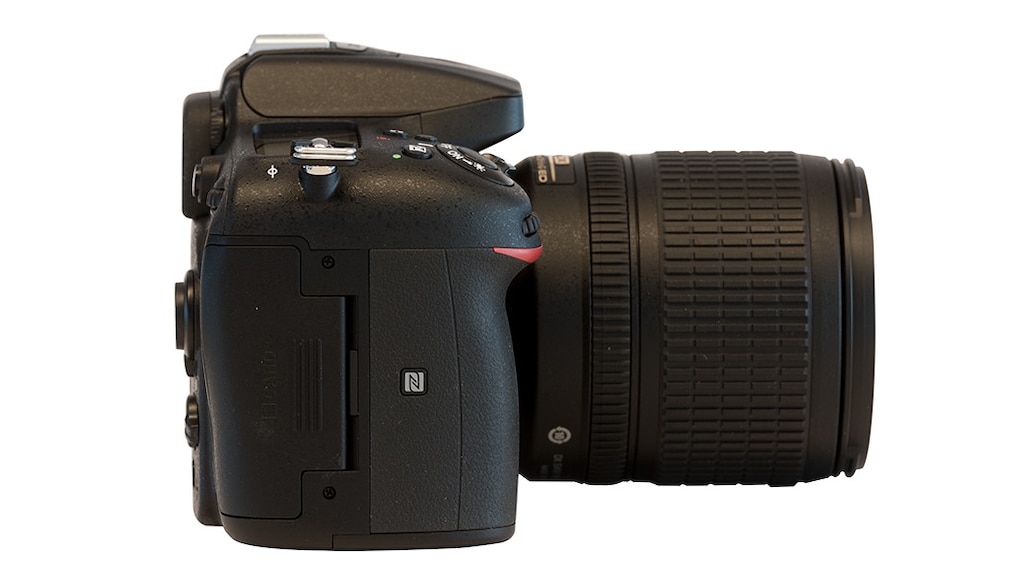 WLAN by hanging up

With the predecessor, WLAN was only possible with the small accessory connector WU-1a, the D7200 has built-in WLAN. A practical feature is that the connection to the smartphone or tablet can be established via NFC by simply placing the devices on top of each other. By default, the Nikon D7200 establishes an unencrypted WLAN connection – if you don’t want that, you simply set a password with the remote control app, which is available for Android and Apple.

The new ME-W1 microphone also connects wirelessly to the camera via an included Bluetooth adapter. This allows the microphone to be used up to 50 meters away from the camera. An external microphone is especially useful for outdoor recordings; as with most cameras, the built-in microphone does not have a windscreen and therefore quickly picks up wind noise. In addition, the sound quality is rather mediocre. 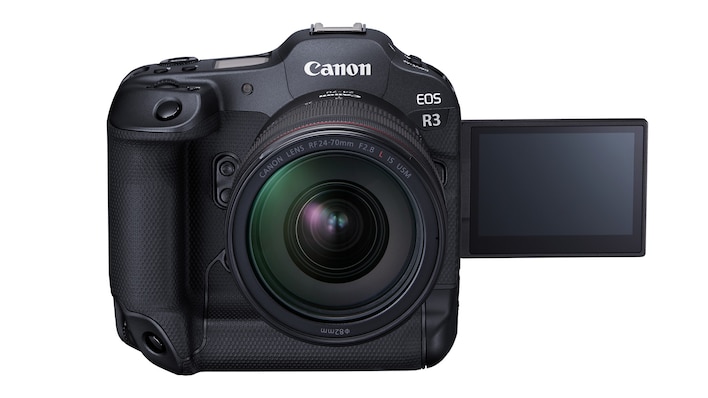 For professional filmmakers, the D7200 offers a few useful additional features: For example, it is possible to record videos simultaneously to a memory card and an external recorder connected via an HDMI jack. Those who set aperture and shutter speed manually while filming leave the exposure control to the ISO automatic. A new color profile (Flat) is also new. Videos recorded with this profile are supposed to be particularly easy to post-process, for example with so-called color grading.

In addition, you can create your own profiles with the Picture Control Utility, which can also be used when taking photos. When filming, it is better to focus yourself – in Liveview, the otherwise turbo-fast autofocus works noticeably slower and can also be heard quite clearly on the recordings when the sound is recorded with the built-in microphone. Too bad: filming at full resolution (1920×1080 pixels) and 60 frames per second only work if you switch to 1.3x in the movie recording menu in the field of view menu item.

This is practical for approaching distant subjects because only a part of the sensor is used. In tight spaces, however, this means that you get less on the picture because the focal length is longer, for example from 29-153 millimeters to 38-199 millimeters with the included zoom lens (converted to 35 mm format in each case).

The Nikon D7200 is one of the best SLR models with a smaller APS-C sensor. The built-in WLAN receiver is practical, but the new Nikon has made the biggest leap in autofocus and image quality: The autofocus responds extremely quickly and very accurately. With the new sensor, top images are now possible in very low light. This is where the Nikon D7200 enters regions that were previously reserved for full-frame cameras.

If you can do without WLAN and extreme ISO settings, you can go for the Nikon D7100 and save a few hundred euros – however, the autofocus of the predecessor model is not quite as fast and needs more light to focus. Those who mainly want to film with their SLR will go for the Canon EOS 70D, which also has fast autofocus in video mode. The Canon EOS 7D Mark II and the Samsung NX1 offer even more speed – but only the Canon focuses as quickly in series as the Nikon D7200.