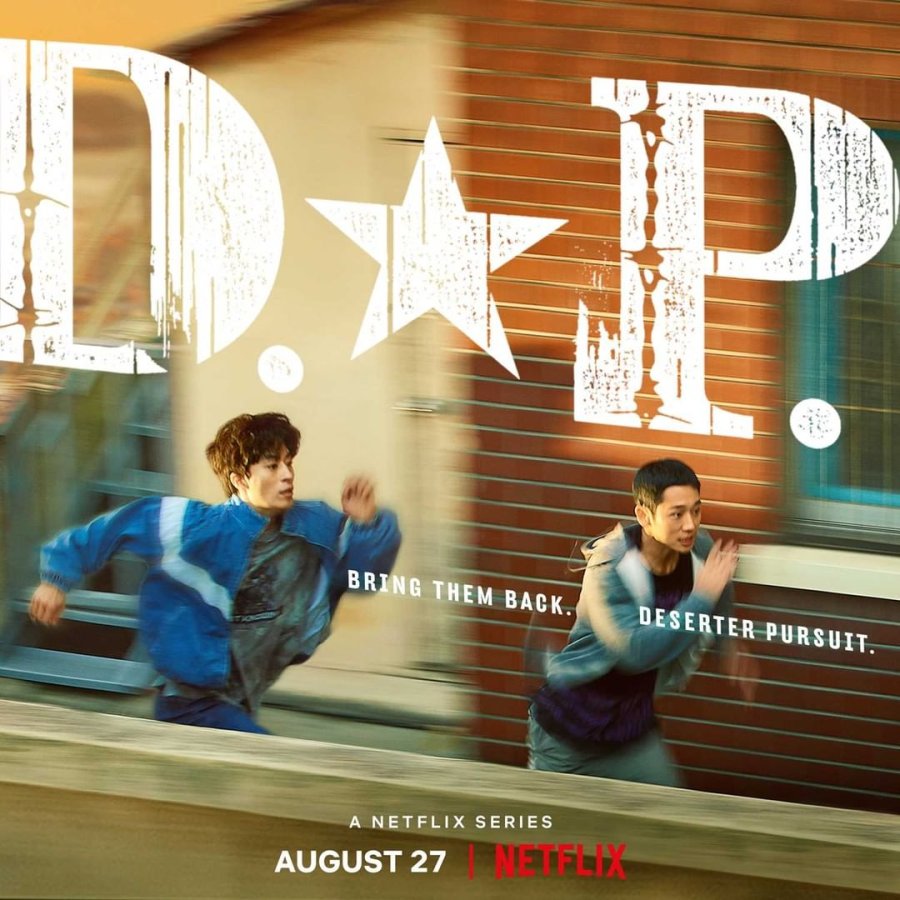 Check Out The Event is a drama about a romantic love triangle.

The drama revolves around three characters: Park Do Kyum (Kwon Hwa Woon) – the leader and main vocal of an indie band with an arrogant appearance but extremely romantic. Ha Song Yi (Bang Min Ah) – the coordinator of a good botanical garden and Seo Ji Gang (Ahn Woo Yeon) – a writer with an emotional interior.

Former Girl’s Day member, Minah, will play Ha Song Yi, a quirky, bubbly, and energetic person. She is a good person and lives true to her feelings. She became a coordinator at a botanical garden because her mother was convinced that, unlike humans, plants would never betray her. However, after breaking up with her boyfriend, she became a recluse and gradually slipped into like a”cocoon”.

Kwon Hwa Woon will play Park Do Kyum, the leader and vocalist of an indie band. He appears shy and arrogant on the outside but is very romantic on the inside. One day, he broke up with Ha Song Yi. However, the breakup also had a big impact on him.

It happened that one day, Song Yi learned that she had won in a couple travel events. Ha Song Yi and Park Do Gyeom go on a couple of tour, pretending that they are still lovers. Meanwhile, Seo Ji Kang (An Woo Yeon), an essayist, becomes the guide for the couple’s trip. There, he meets Ha Song Yi and is attracted to her.

Check Out The Event is an emotional trip melodrama that unfolds as a divorced lover participates in a couple’s trip that was won as an event. Each content released is raising the expectations of prospective viewers by melting the sympathy for love and parting that anyone would have experienced and the beautiful scenery of Jeju Island.

If the first poster released for the first time depicts the romantic date moment between Ha Song Yi and Park Do Kyum, and the second poster contains their breakup, the third poster released this time features a new character Seo Ji Gang next to the ex-lover. to stimulate curiosity Seo Ji Gang, a couple travel guide that Song-Yi won as an event in the play. Ji-Kang, a typical plan man style who always moves according to plan, is a person who is increasingly attracted to Song-i, who is honest and confident in expressing her emotions.

Therefore, the 3rd poster, which captures the moment when three people are sitting side by side, has no choice but to heighten curiosity. Song-Yi, her ex-boyfriend Do Kyum, who went on a couple trip together after parting, and Ji-Kang, who met on the trip and gradually became interested in Song-Yi. It focuses attention on what will happen in their relationship and what changes will occur as a result.

On the other hand, in this poster, the blue sea of ​​Jeju Island, which is refreshing just by looking at it, catches the eye first. A smile radiates a charm that makes even the viewers feel happy. As such, expectations are increasing day by day as to what kind of special trip will satisfy viewers’ eyes and ears in this broadcast of Check Out The Event, which makes you want to leave for Jeju Island right now just with the poster visual. Read more Upcoming Korean Dramas for August 2021 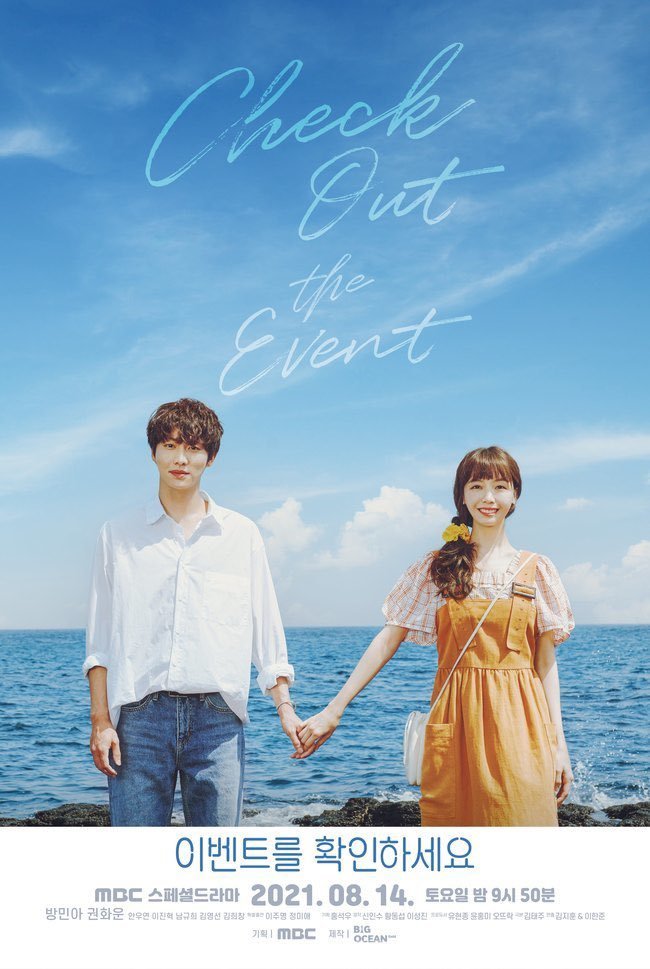 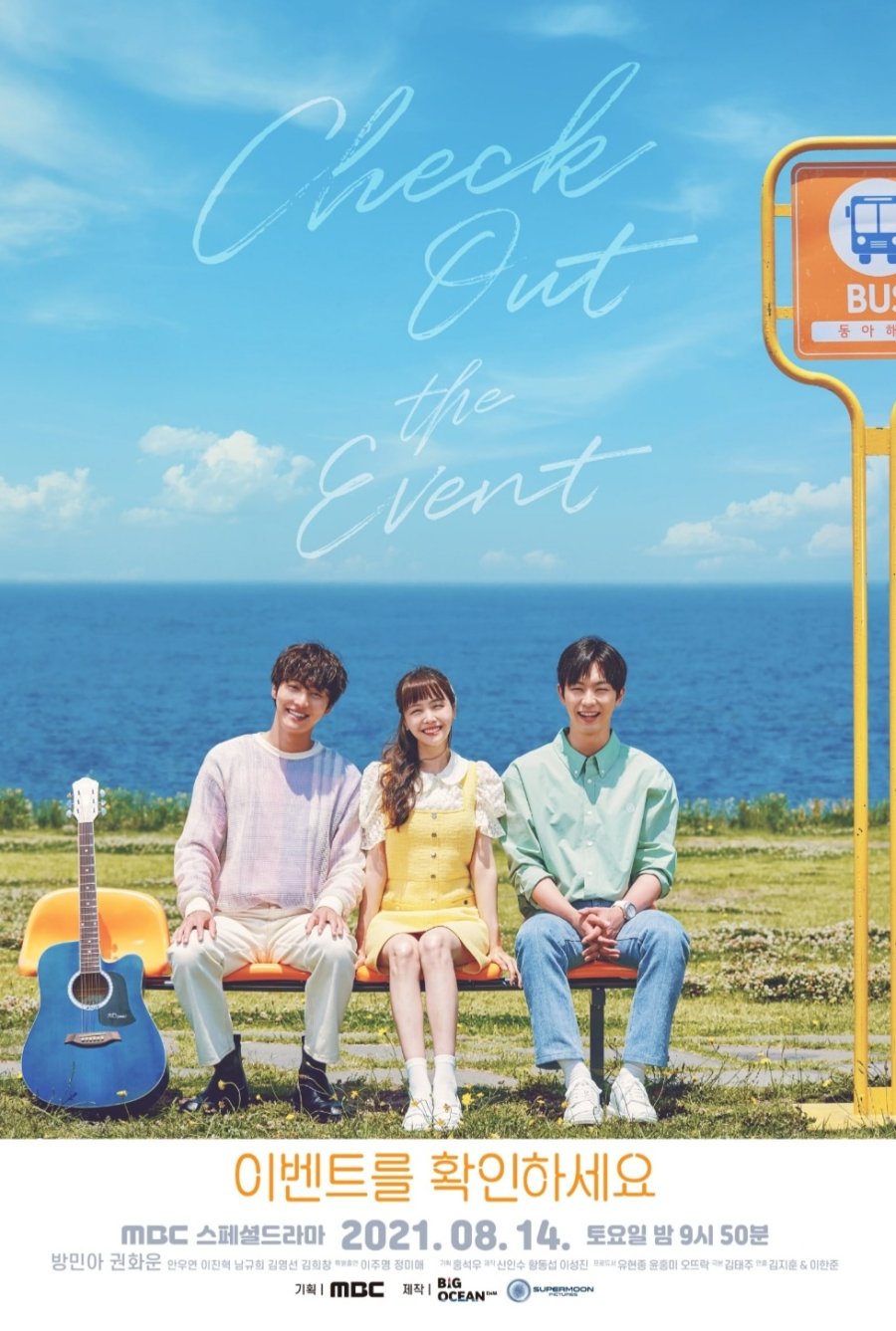