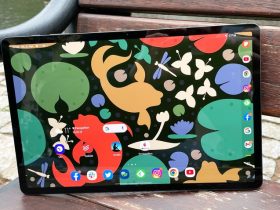 This year, only the iPhone 14 Pro and the iPhone 14 Pro Max get a new chip. But how does the Apple A16 perform, and how much faster does it make the smartphones? A first benchmark initially caused disillusionment. Now, however, there are more pleasing results.

The two standard iPhone 14 models have to make do with the A15 from last year. At least Apple gives them the slightly better chip from the iPhone 13 Pro with an additional graphics core, but you should not expect big performance leaps. But what about the iPhone 14 Pro and iPhone 14 Pro Max with the new Apple A16?

Performance is not everything, the new Pro models of the iPhone 14 offer even more:

Should this be all? Probably not, because we now have the results of the AnTuTu benchmark (source: MySmartPrice). This is traditionally closer to the real world because the company rates devices according to CPU, GPU, MEM (memory) and UX, each together with an overall rating. Geekbench, on the other hand, focuses on the naked CPU performance, which thus does not have too much practical relevance.

The performance gain looks much better in AnTuTu. The iPhone 14 Pro and iPhone 14 Po Max increase by 18.8% in total. In detail, there is a gain of 17 percent in the processor, and even 28 percent in the graphics (GPU). The numbers in detail:

Good for Pro buyers, but bad for standard customers

In the end, a pleasant surprise for future users. Although Apple was somewhat cautious about the A16 at this year’s keynote, the new chip still performs better than expected. For potential buyers of a normal iPhone 14 or iPhone 14 Plus, this realization naturally hurts more. Although the A15 is anything but a lame duck, the best and latest iPhone chip is actually demonstrably faster.