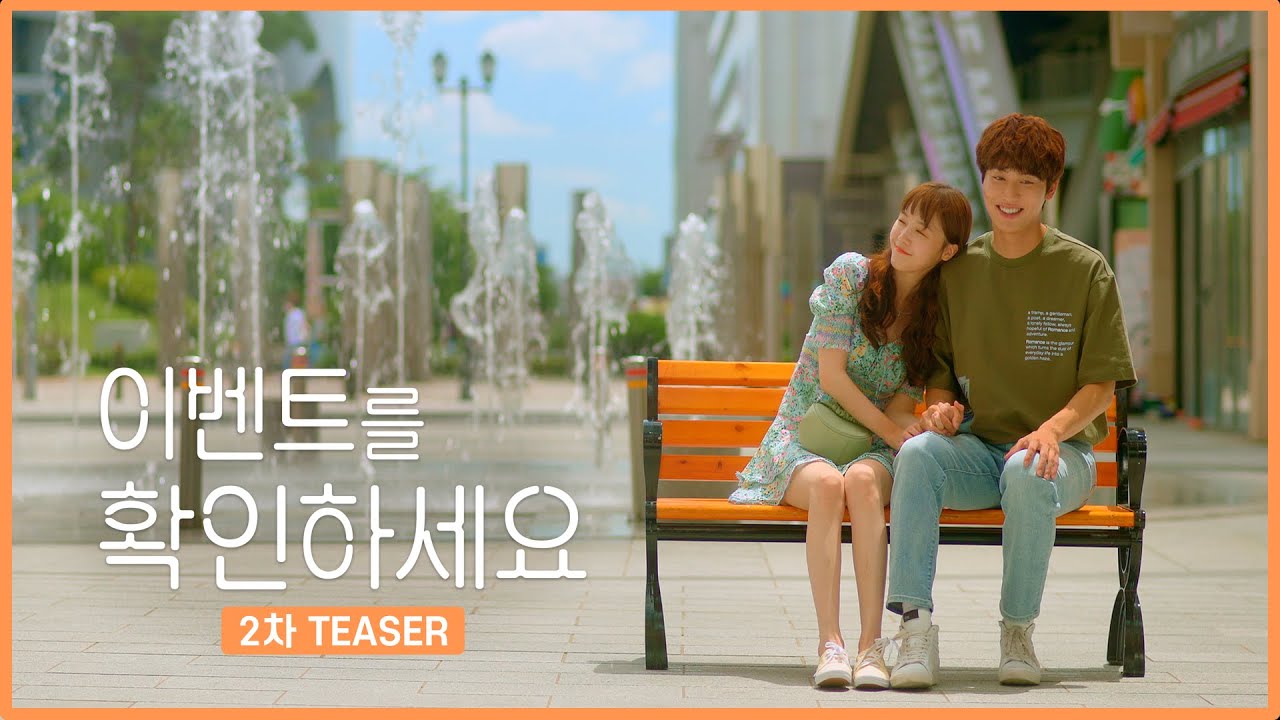 To watch this drama for free read this article: Best Movie and TV Streaming Services

This drama is based on the novel “One Life, One Incarnation – Beautiful Bones” by Mo Bao Fei Bao, and has attracted the attention of netizens since the news of its filming. With Mo Bao Fei Bao himself as the scriptwriter, this is a drama that is well worth waiting for. The drama “Forever and Ever”, in which Bai Lu and Ren Jialun co-star. The drama is about a female protagonist who has memories of two lives and brings them from ancient times to modern times in order to find her beloved male protagonist. The modern part of “Forever and Ever” has already been finished, there are two versions of this drama, modern and ancient.

The official announcement of the opening of the drama on September 10, after nearly two and a half months of filming, 12/5 officially announced the official closure of the drama, at the same time, the drama also announced stills of the closure of the drama and the main male and female framed posters, after reading can only say that the cast of the drama is really too much to look forward to. The two of them have added a lot of popularity and heat to this drama. The two, one man and one woman in the same frame poster released, Zhou Shengchen and Shiyi hand in hand in the snowflakes flying, two hands holding hands side to side to look at each other, full of happiness and tenderness, the two-deep love. Look at this scene is really sweet. It’s so romantic simply! The snowy white head together!

The first, male lead is Ren Jialun as Zhou Shengchen before Ren Jialun has always been the image of the ancient god, or handsome warm or cold domineering have left a deep impression on people, and this time “one life” Ren Jialun’s modern look is also handsome, exquisite features plus clear and bright eyes, with a slightly curly middle haircut, not only has the aura of a successful elite at the same time also has the style of a refined gentleman. The white shirt and black tie look of Ren Jialun is so sensational. I have to say, Ren Jialun’s modern clothes can be good, gentle gentleman completely is an “ascetic” beautiful man!
The next, female lead is Bai Lu as Shiyi, the young lady whether it is ancient costume drama or modern drama can manage very well, fresh and beautiful appearance temperament plus can sweet and salty performance, by the audience and netizens recognition and love.

The first part of the drama is an ancient one called ” one and only”, which tells the story of the hero and heroine in their previous lives. The ancient chapter is heartbreaking and full of regret. In the next part, the modern drama “Forever and Ever” is still very sweet, as Cui Shiyi, with her ancient memories, grows up to become a top voice actress, but is still determined to find Zhou Shengchen. In a chance encounter at the airport, she finally finds Zhou Shengchen, a chemistry professor who has returned from the sea, only that Zhou Shengchen has long forgotten her. The two of them gradually get closer and go through ups and downs in their daily life together,  gradually develop a mutual understanding. Hand in hand, they work to preserve traditional craftsmanship and finally join hands in a story that will never be separated.

Zhou Shengchen’s family has a teapot factory, but the factory is going through a difficult period. Zhou Shengchen promised his mother that he would enter the business to help the factory recover. However, he did not know that his marriage was arranged, upon learning of that, he resolutely refused the arrangement of his parents and asked to be engaged to Shiyi, a sentimental girl. Shi Yi secretly knew Zhou Shengchen in her heart and had feelings for him before, so she accepted to be engaged to him. In the process of getting to know each other, the two supported and together found a way to help the Zhou Sheng Cheng family’s factory. In the end the two joined hands, the traditional crafts are preserved to the greatest extent. After the storm, the love deepened. Love becomes deeper and deeper, but there are also some troubles, causing both physical and mental injuries. In the end, love is still the only hold, the two find each other and make a promise “Forever and Ever”.

There is also the spitting image of his original voice dubbing, whether it is the just-released “Forever and Ever”, or the hit drama he has chosen his original voice, while many actors and actresses, regardless of the conditions or production costs can not reach will choose to dub alone. It is enough to see how solid Scarlett’s linework is that he chose to appear in his original voice. And many viewers also say his original voice is very good, low magnetic with a gentle touch that makes people unconsciously fall into his role.

As the female lead, Bai Lu has also starred in a number of film and television works in recent years, such as “Arsenal Military Academy “, “Love is Sweet ” and “One and Only”, all of which have reaped good reviews, and her acting skills are noteworthy. This time and Ren Jialun together, two people of equal strength, male handsome female beautiful, I believe it is also a bursting drama!

The cast of “Forever and Ever” includes Mei Xing (played by Ci Sha), Hong Xiao Yu (played by Wang Yue Yi), Zhou Wenchuan (played by Luo Mingjie), and Wang Rui Xin as Zhou Wen Xing, all four of them are young and new actors, but they are all very youthful and eye-catching, either domineering and cool, elegant and beautiful, stern and powerful, or sunny and lovely. The characters are also very vivid. All in all, it’s a drama to look forward to! 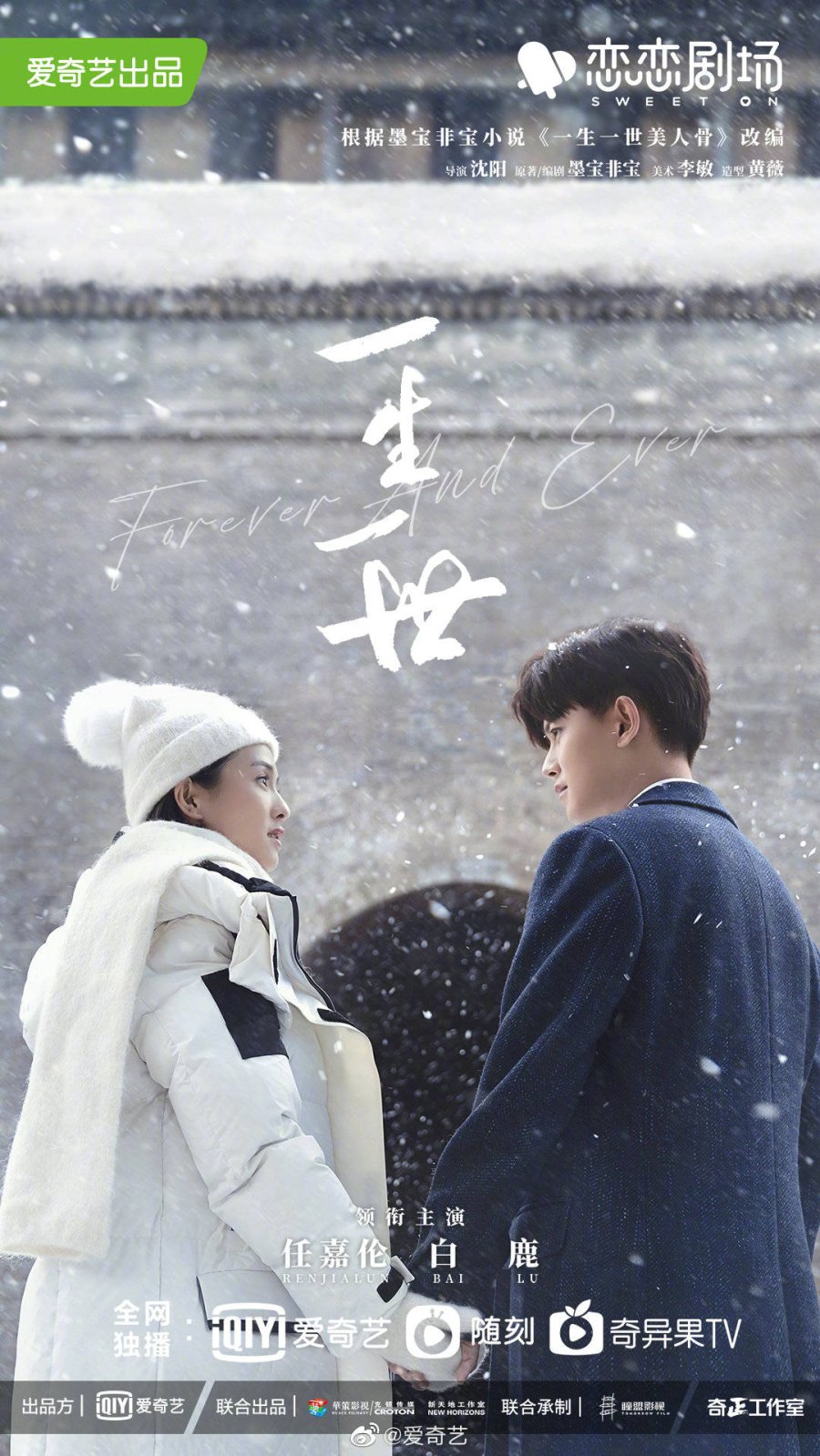 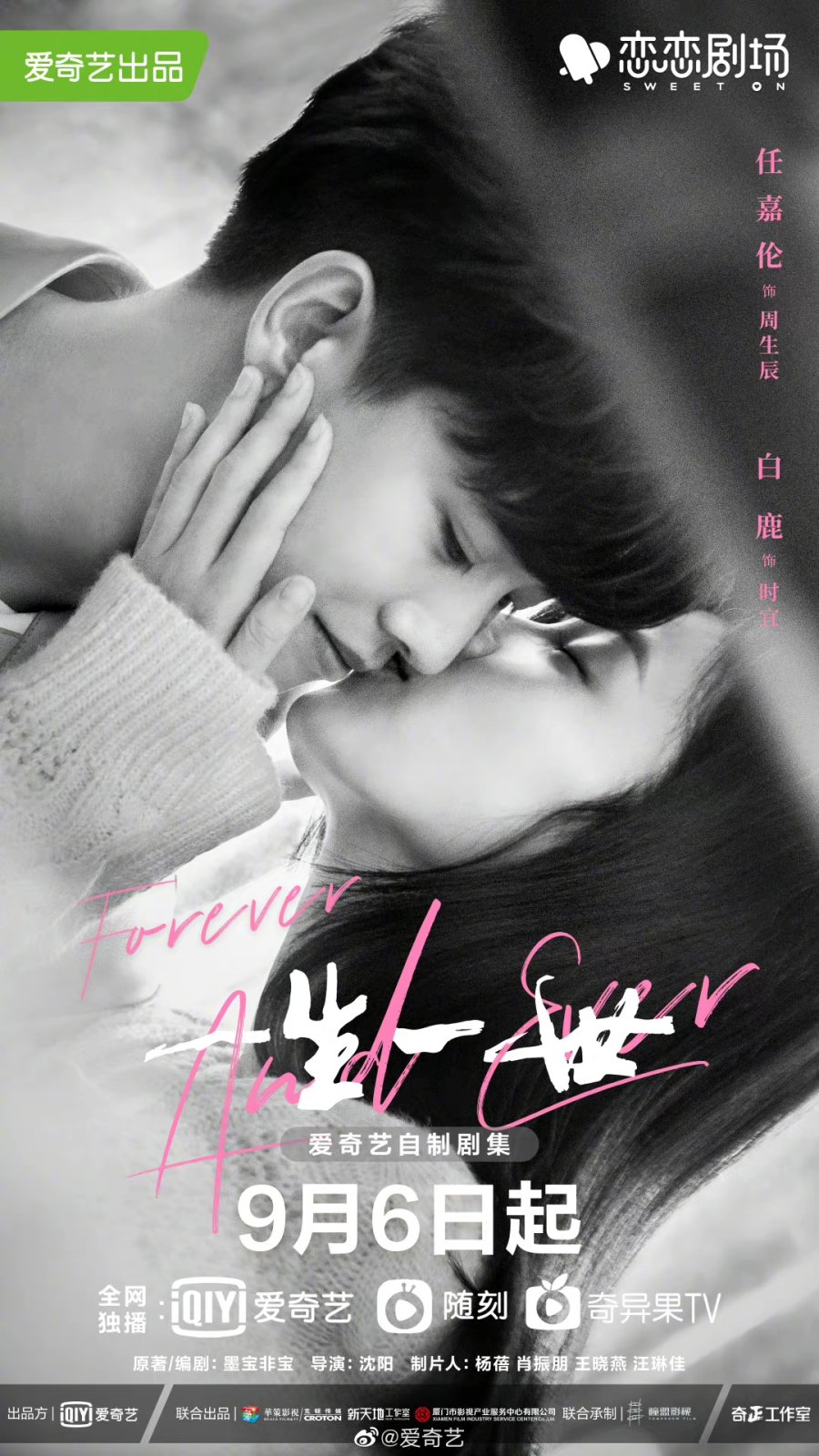 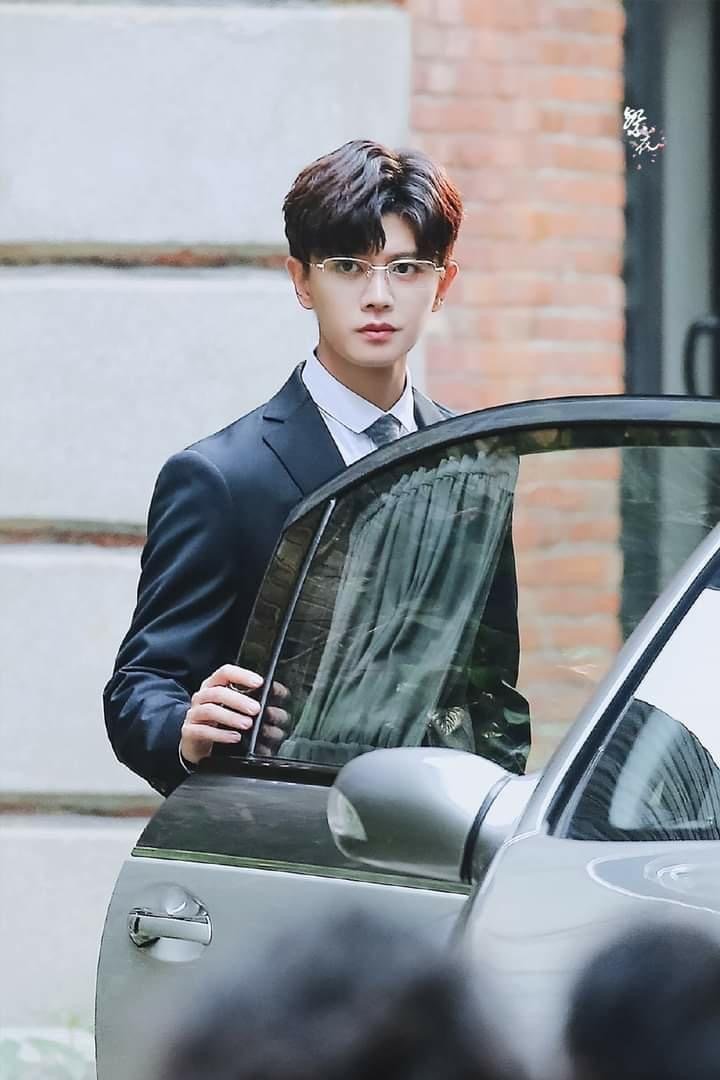 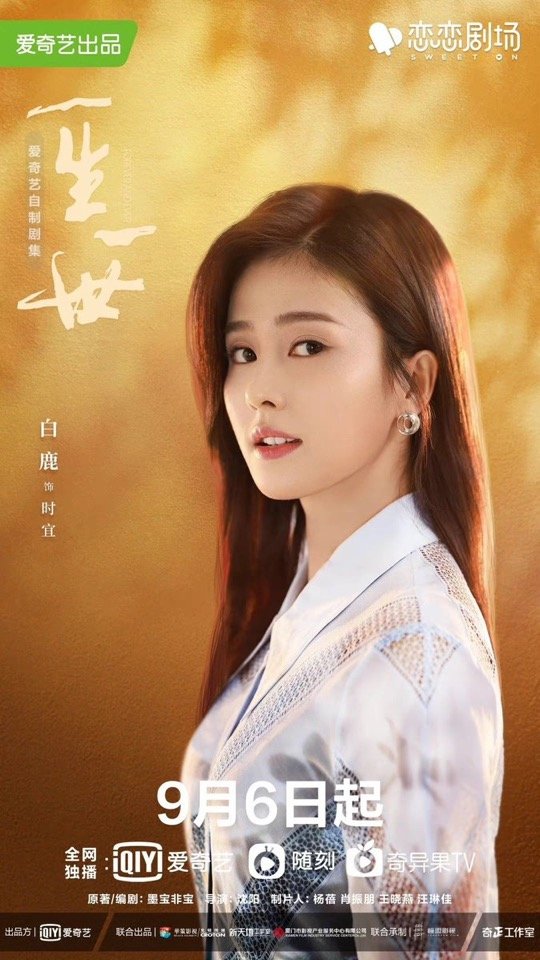 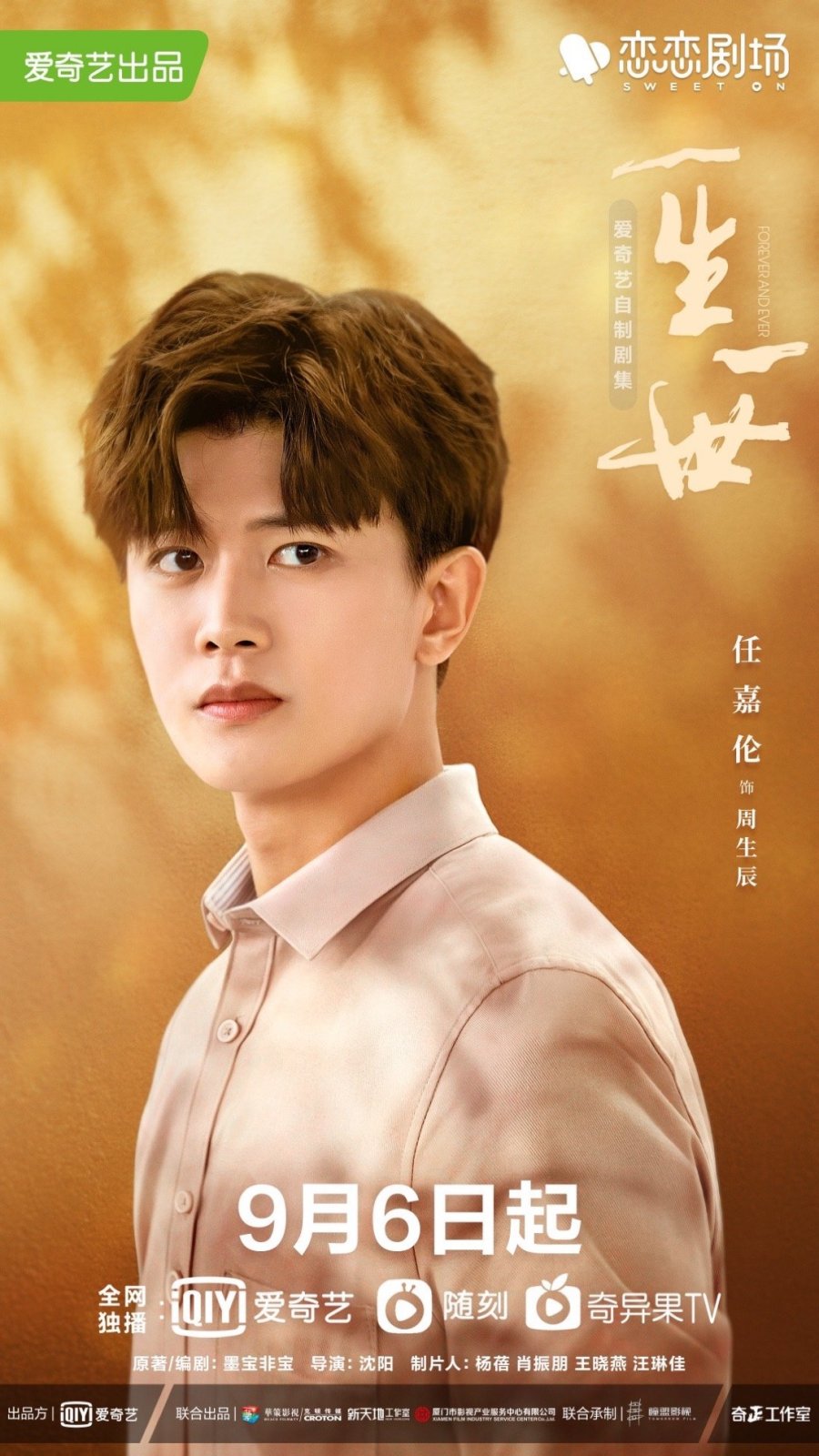