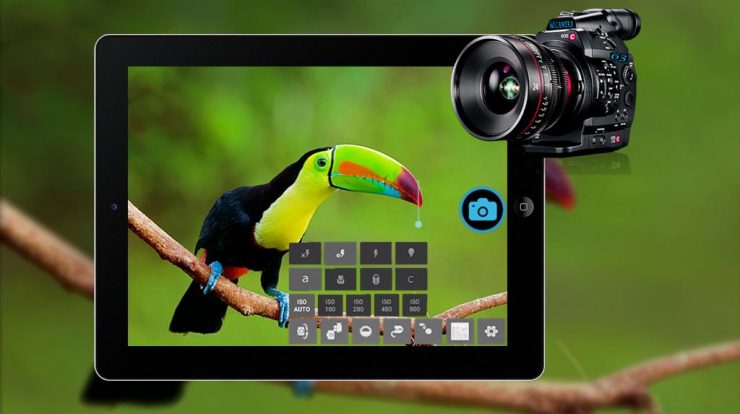 We tested nine camcorders for about 15 hours. We compiled a two-minute video from all of the footage we gathered – inside and outside – and had seven reviewers rank what they saw. After comparing factors such as color balance, resolution, zoom, and durability, we decided the Panasonic HC-WXF991K is the best camcorder. With 4K resolution, an automatic lens cover, reverse camera, and integrated Wi-Fi, this camera captures clear video and is easy to use. 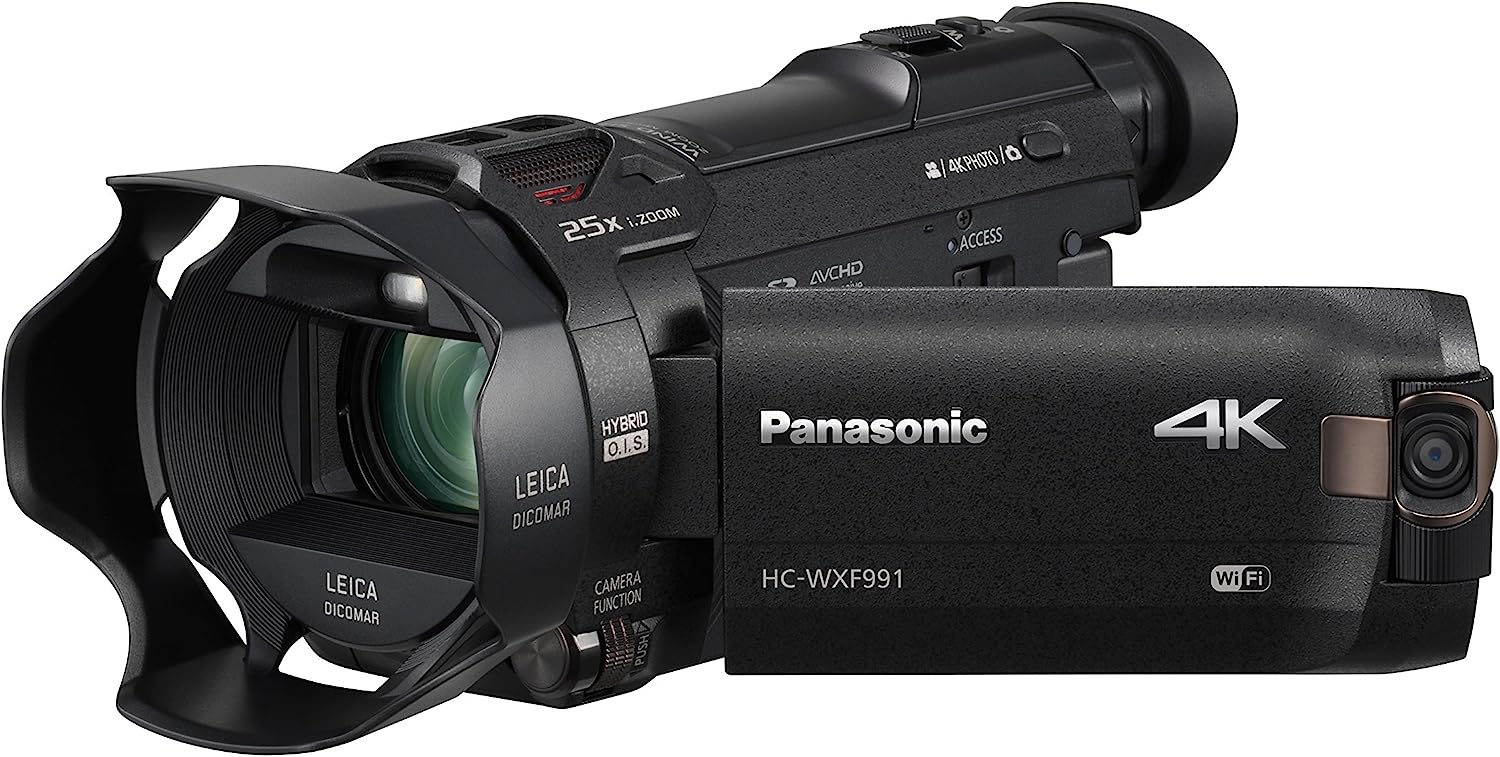 This camcorder makes you feel like a professional. With 4K resolution you never have to worry about your videos coming out pixelated or fuzzy.

As 4K resolution is the current gold standard in image capture, we wanted to ensure that ultra-high-definition cameras were well represented in our tests. The video we took both inside and outside was striking, earning an overall grade of A- from our reviewers, the second-highest of any camera we tested. The color balance was slightly blue, which made outdoor video taken on a sunny day look a little grey, so our videographers gave it a B- for color correctness.

This camera’s rotating LCD screen has a movable, back-facing camera, allowing you to capture not only what’s happening around you, but your reaction as well. The LCD touchscreen smudges easily, but allows for simple navigation to the settings and editing functions. The lens cap is also automatic, so you never have to worry about forgetting to open it. There’s nothing more disappointing than thinking you’ve captured a once-in-a-lifetime memory only to get home and realize your footage is all black.

The Panasonic is on the expensive end of the camcorders we tested, but it comes with a battery pack, USB cable, AC adapter, DC cable, HDMI micro cable, and lens hood for extra lens protection and better colorized video. It uses a full-size SD card and is Wi-Fi compatible, so you can transfer your images without having to use a cord. 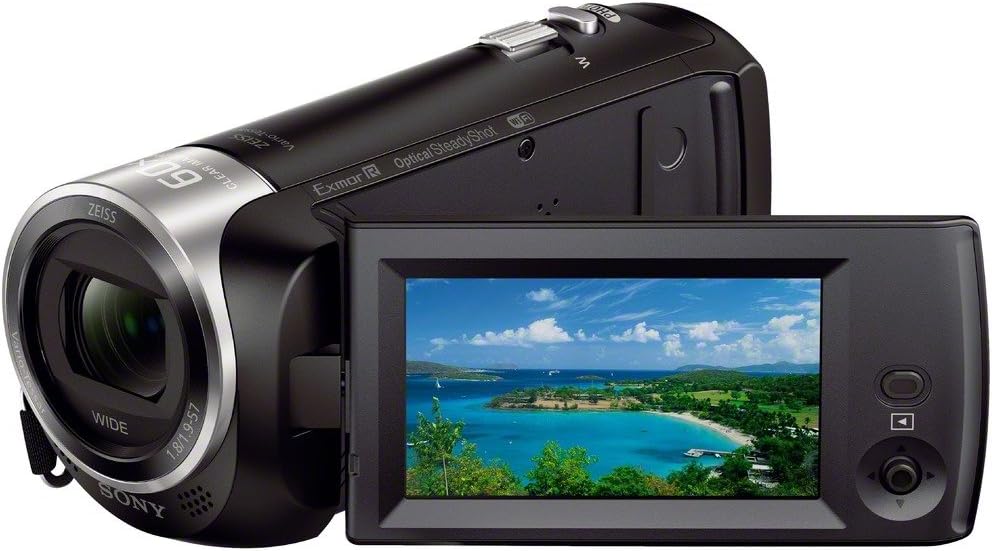 The Sony HDR-CX440 Handycam is one of the most affordable camcorders we reviewed and gets the job done.

The Sony HDR-CX440 Handycam films in 1080p and has a 30x optical zoom, allowing it to capture most scenes well. It includes integrated Wi-Fi for easy video transfer, especially if you have the PlayMemories Mobile app on your phone. Although our reviewers didn’t love the quality of this camera’s video footage, the camcorder’s lower price means you don’t have to be as concerned about accidentally dropping or breaking it. The camcorder includes image stabilization but lacks in-camera editing features, so you need to edit on your computer. You need a microSD card to store your footage, but you get 8GB of internal memory, which makes this affordable machine a great deal. 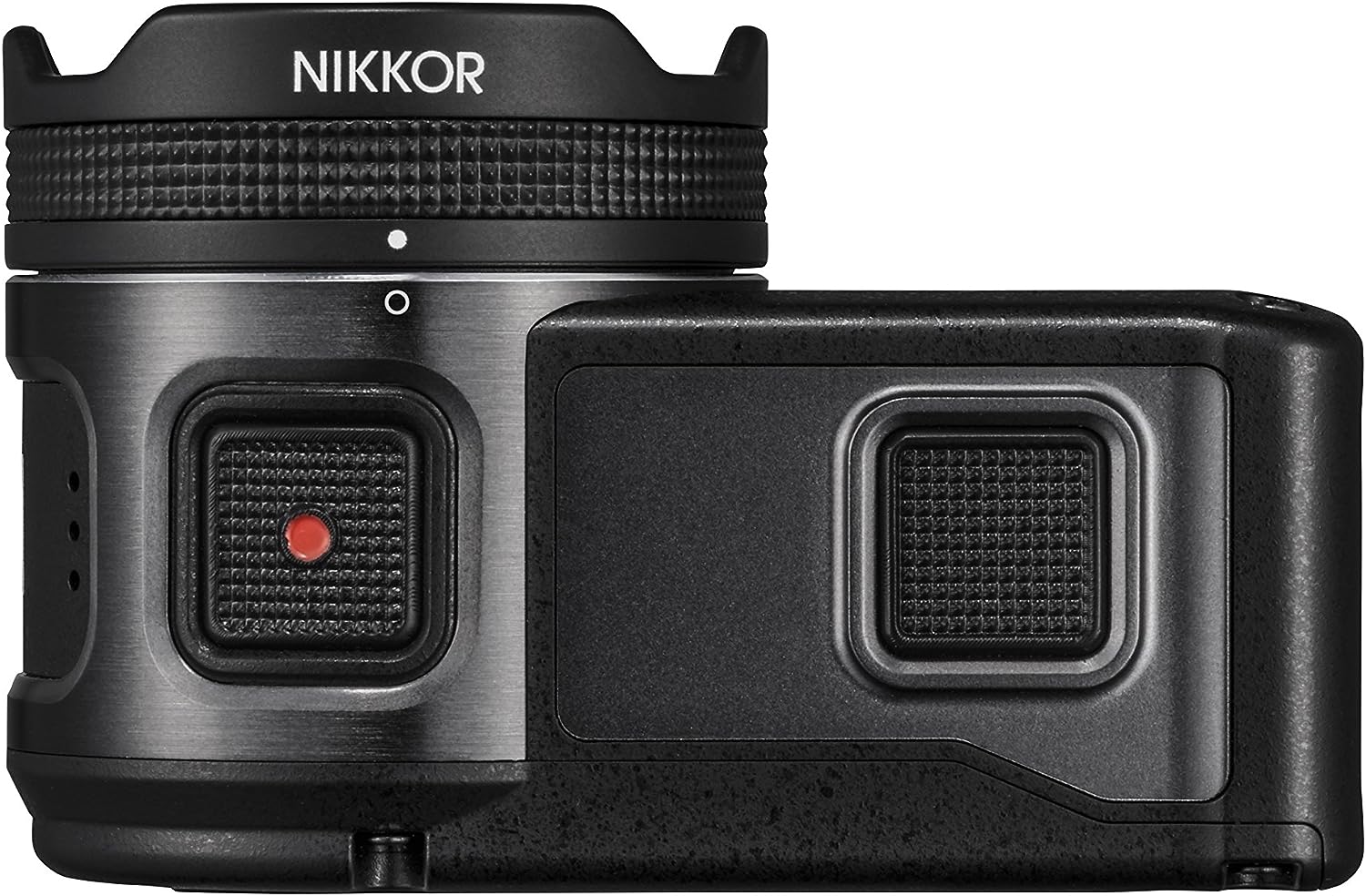 Don’t let its size fool you; this little camcorder works just as well as a traditional handheld unit, indeed better than most. It records high-definition 4k video, has a very responsive touchscreen and can withstand getting wet and being dropped repeatedly.

In our tests, we filmed inside and outside of our lab and had seven reviewers rank what they saw. The KeyMission earned an A+, the highest of any camera we tested. We also ran the footage through video editing software to look at the varying color levels in each clip; this little unit earned an A-, the second-highest grade of the camcorders we tested.

The KeyMission both looks and acts a lot like a GoPro. It weighs a mere 2.7 ounces and passed our underwater tests and drop tests easily. While the video comes out very clear, you can’t zoom in at all with this camcorder and it doesn’t have a lens cover. It does, however, have a backward-facing camera for filming yourself as you record the action. The touchscreen on the back of the KeyMission was the most responsive of any we tested and was reminiscent of an iPhone screen. With that screen, you can navigate to the camera’s integrated Wi-Fi, a feature not all camcorders have.

This camera came with a camera holder that is easily attached to a backpack strap or article of clothing. The camera holder has a magnet built in so that the camera remains off while in the holster and automatically turns on when you take it out. A microSD card is required to save your videos. While those cards come already inserted in full-size SD cards, they’re still very small and therefore easy to misplace. The camera itself is so small that you might misplace the whole thing, so if you take it out on a hiking trail or whitewater rafting adventure, make sure it’s secured safely. 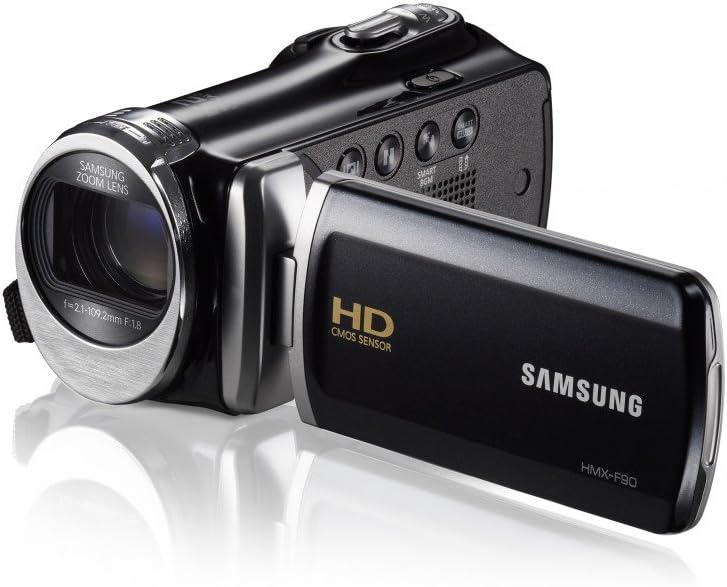 The Samsung HMX-F90 has fun editing features built right into the camera.

It films in 1080p and allows you to overlay filters on your video like black and white, western, negative or sepia. You can add background music as well. The time-lapse film option is another fun way to capture memories with the Samsung HMX-F90. It also has an impressive 52x optical zoom, 70x intelligent zoom and 130x digital zoom. At 7.7 ounces, this camcorder doesn’t wear your arm out while you’re trying to film an important athletic event or family reunion. The ability to edit your footage without having to upload it to your computer makes this camcorder a compact all-in-one machine. 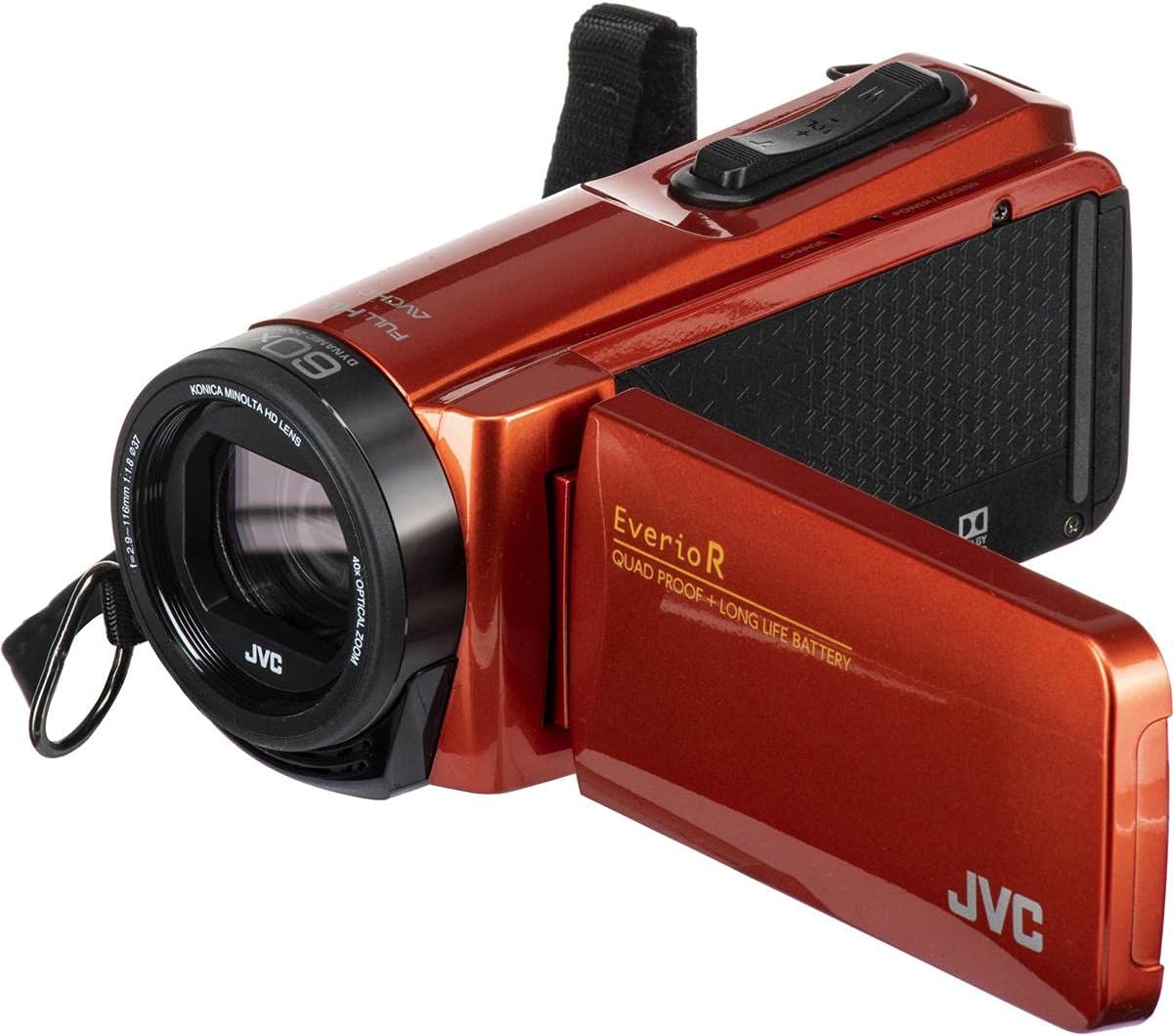 This camcorder is rugged, easy-to-use and has more built-in memory than any other camcorder we tested.

The JVC Quad Proof GZ-R460 holds an impressive 32 GB of video, so you don’t need an SD card as the camera alone can hold 2.5 to 3.5 hours of footage depending on what resolution you film in. It’s also useful if you run out of room on the the SD card because footage simply saves directly to the camera. While this camcorder has a lot in common with the other JVC model we tested, it has much more internal storage. It is also waterproof and shockproof, so you can take it on adventures. It weighs 10.2 ounces though, making it one of the heavier camcorders we tested.

We worked with nine camcorders for about 10 hours inside and outside the lab. To record footage, our savvy lab technicians built a unit out of PVC pipe that we strapped to the top of a car. Every camera was affixed to the rig and taken for a drive around town in their automatic setting. This was because we figure most people haven’t been trained as videographers and are going to likely use a new camcorder in the state it comes out of the box.

We also walked around inside our offices through well-lit spaces and dark corners to get footage in all kinds of light – both bright and dim. Then, all of the videos was assembled into squares on one screen, which seven of our reviewers watched and ranked best to worst in overall quality. Our videographers also ran the footage through Adobe Premiere Pro and assigned each camera a grade for its color-correctness.

How Much Do Best HD Camera Recorders Cost? 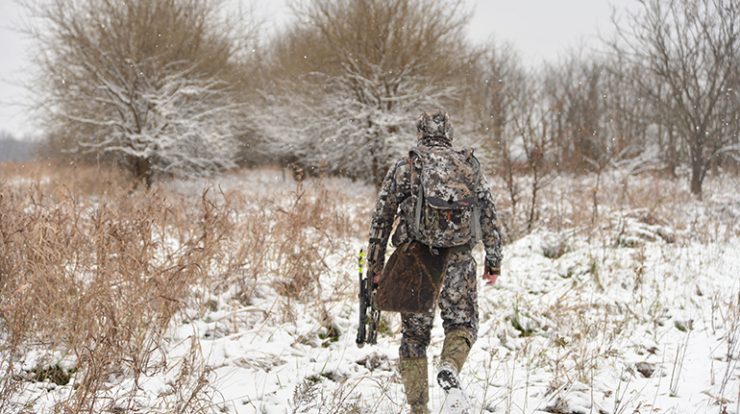 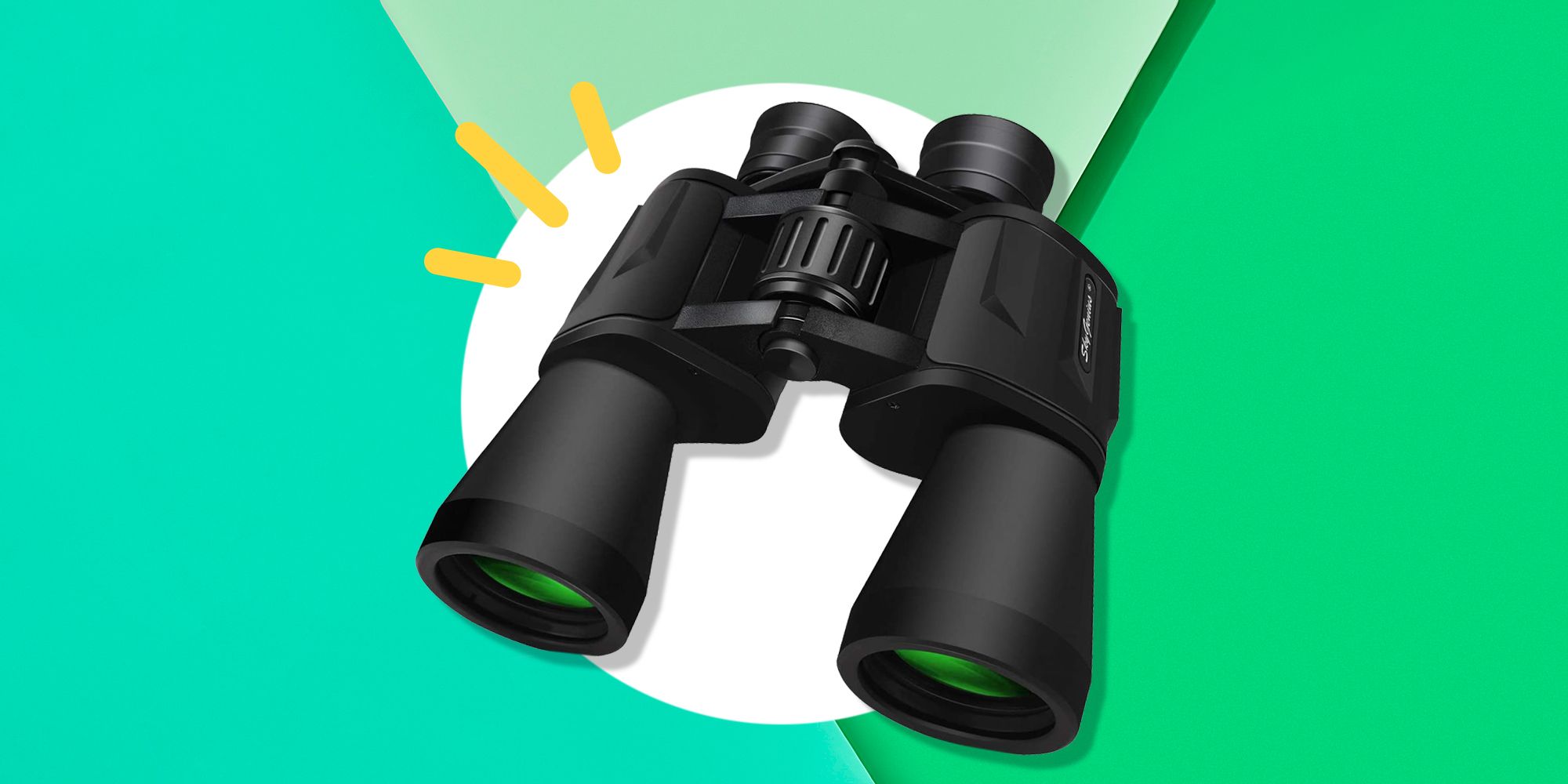 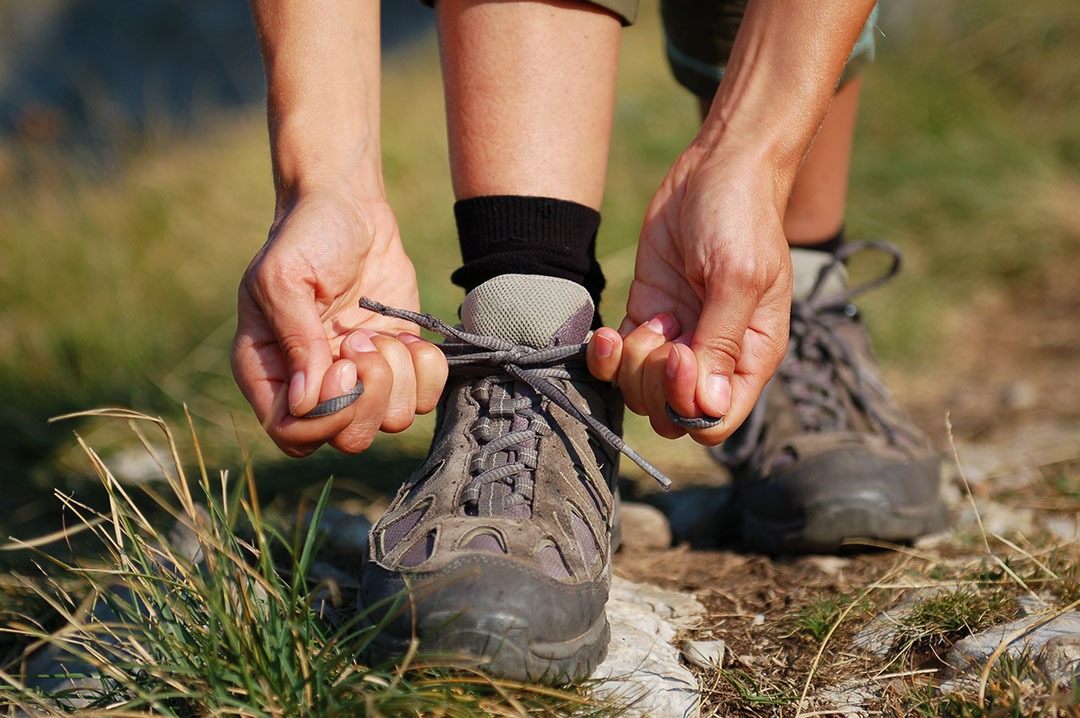 Best Hiking Shoes for the Money 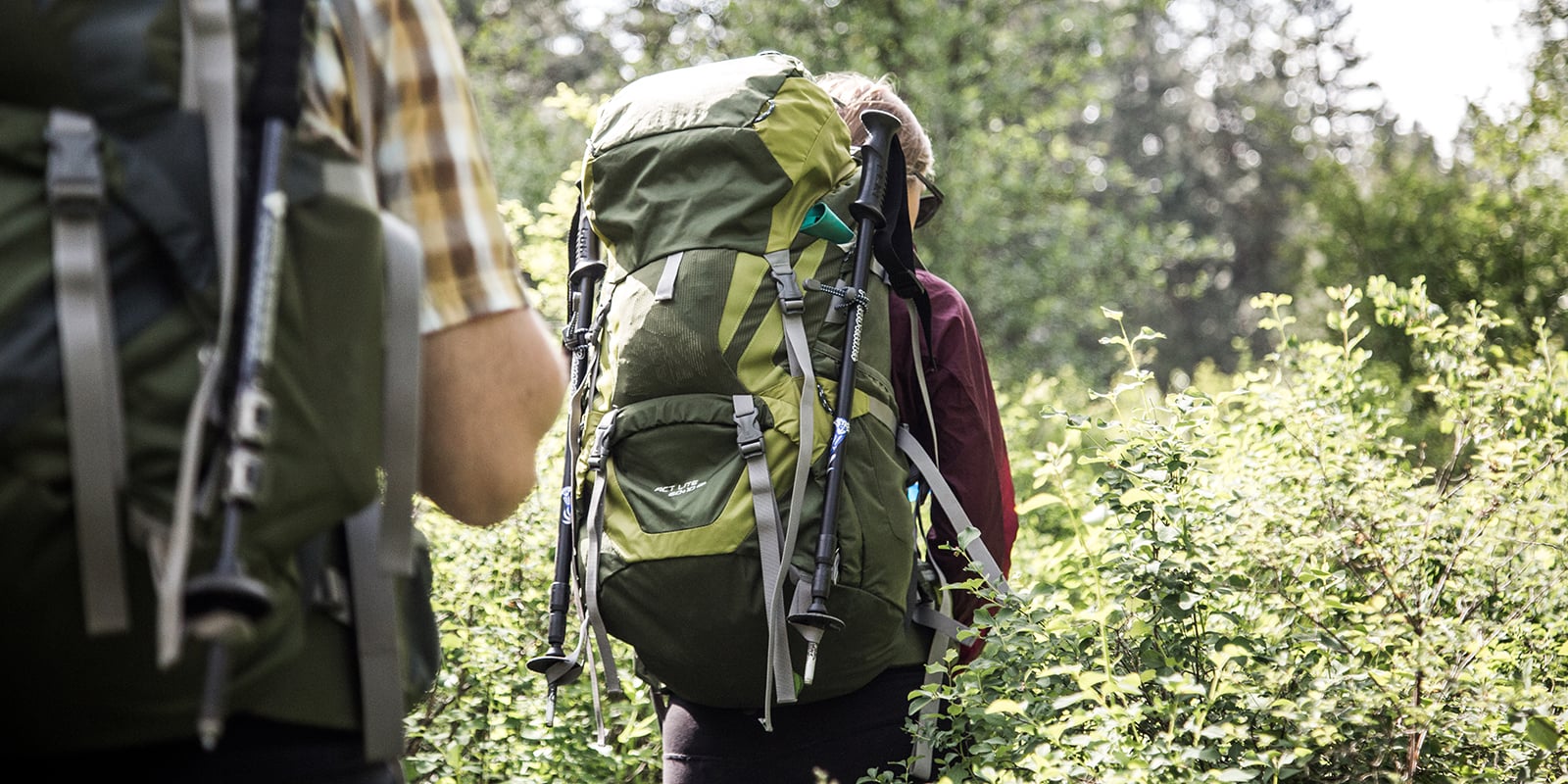 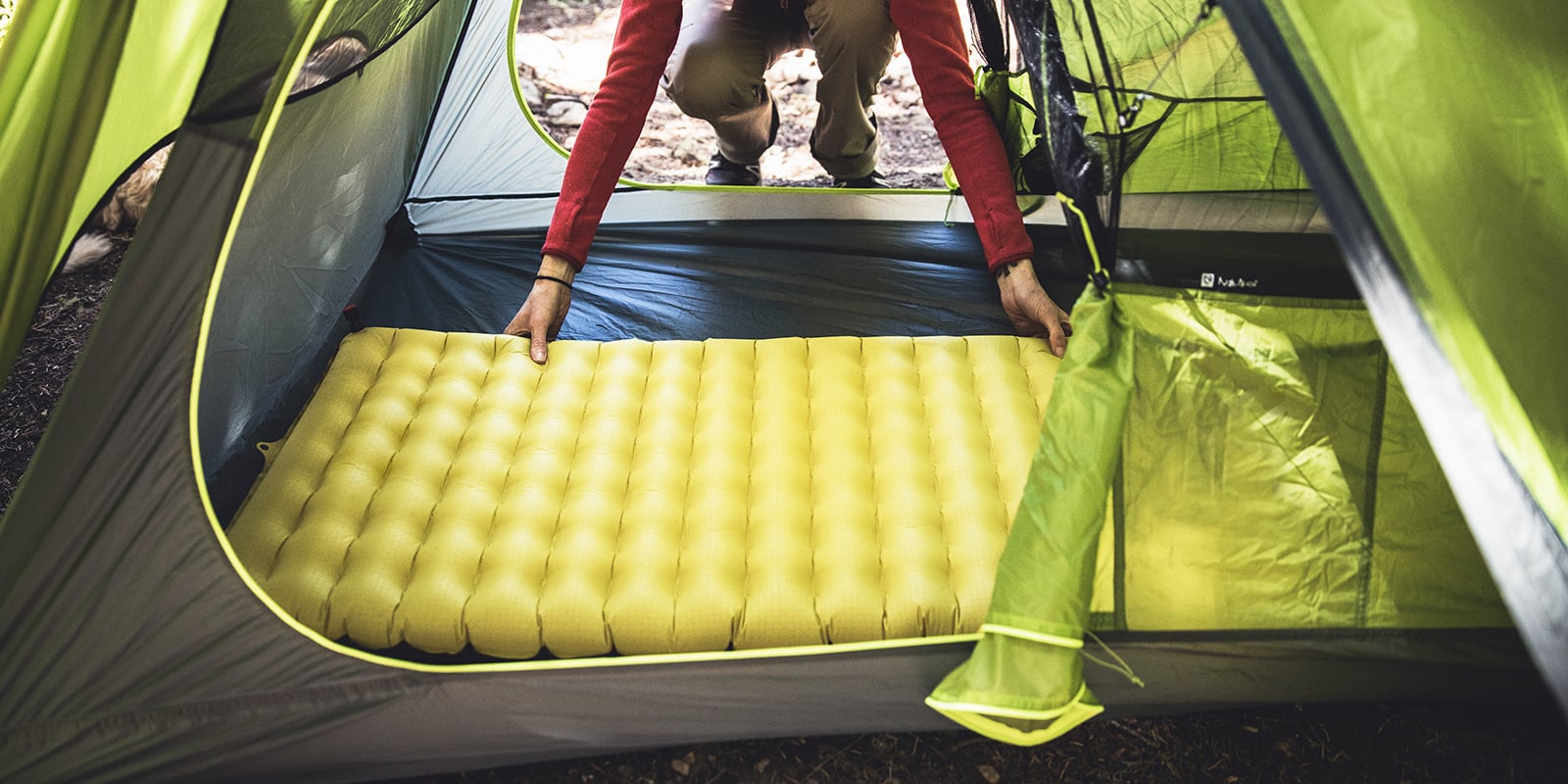