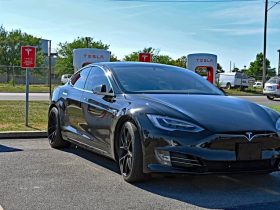 Shock for Tesla drivers: Now the heart of the expensive e-car is rusting too

Some Xbox owners have had to wait a long time for this news: Apple Music is now available with its own app on the Xbox One, Xbox Series X and S. New customers get access to Apple’s music streaming service for one month for free.

Apple has released a native app for Apple Music in the Microsoft Store. The music streaming service is thus not only available on the current Series X and S console generation, but also on the older Xbox One from 2013.

The Xbox version of Apple Music is not limited in its function and can be used just like on other devices. The entire music catalog with over 90 million songs are available, as well as radio and video. For gamers, however, another hint might be much more important: Apple Music can run in the background on the console. Thus, music can be listened to while playing games (source: Microsoft Store).

After Spotify and Amazon Music, Apple Music is the last of the larger music streaming services to make its way to Microsoft’s consoles. Previously, customers still had to rely on third-party apps to use Apple Music on the Xbox. Apple Music has been available as a native app on many smart TVs and the PlayStation 5 for quite some time.

While owners of an Apple Music subscription on the Xbox can sign up directly with their Apple ID, an offer is available for new customers. They receive a free trial month, provided they decide to subscribe. For individuals, this adds up to $9.99 a month from the second month, while families pay $14.99. Students get access to Apple Music for $5.99 a month. The costs can be reduced with an annual subscription.